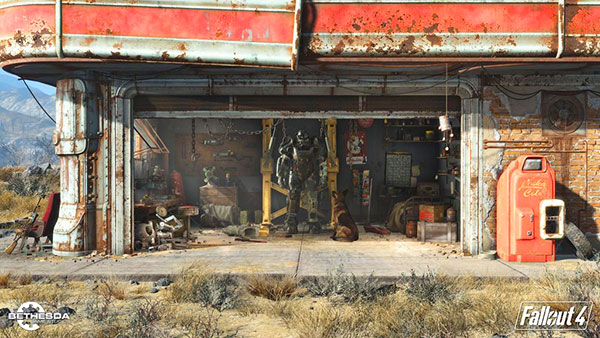 The last second has since ticked off the countdown timer on the teaser site, and Fallout 4’s official website has gone live.

Fallout 4’s confirmation on Wednesday may have invoked more feelings of relief than surprise. Even before the teaser site went up, gamers looking for another loot-and-shoot role playing game have been demanding a followup to 2010’s Fallout: New Vegas.

Going by some of the imagery in the trailer, it appears Fallout 4 will be set in Boston. Landmarks such as Paul Revere’s statue and the USS Constitution point to that locale, but nothing has been sussed out, thus far, to give away the game’s period.

Bethesda will host its first ever E3 press conference on June 14.

It’s interesting that the publisher decided to reveal the Fallout 4 trailer ahead of the biggest annual event in gaming, according to Christine Arrington, senior analyst of games at IHS.

“It is smart to get ahead of the noise,” she told TechNewsWorld. “Now that gamers and the press know that there is something big coming from Bethesda, it will probably mean their E3 presence will get more attention.”

Bethesda Game Studios has been developing Fallout 4 for PC, Xbox One and PlayStation 4 under the guidance of Todd Howard, who served as director for Fallout 3 and the Elder Scrolls series.

Bethesda has other franchises, but with the its big-budget games now on three- to four- year development cycles, there’s “a huge investment up front that they need to earn back,” she pointed out.

Fallout 3 transposed the series’ role-playing game elements, shifting from the top-down, isometric viewpoint of the first two games into a first-person shooter. That transition to first-person gameplay made the series much more accessible and expanded its audience, noted the NPD Group’s Liam Callahan, industry analyst and director of digital games.

“This has set up a great foundation for potential success with Fallout 4, and clearly Bethesda understands the high stakes with this franchise, putting forward a strong marketing push, starting with today’s trailer leading up to their E3 press conference on June 14th,” he told TechNewsWorld.

There’s pent-up demand for new entry in the Fallout series, and — as is the case with any major title — the content will have to be there to meet the hype, remarked IHS’ Arrington. As a series that has cultivated a cult following, there will be high expectations.

“Looking at the RPGs that are commonly thought of as the best, Fallout stands out, because it doesn’t employ a fantasy- or supernatural-type storyline and environment,” she said. “While many of those games are stunningly beautiful, it is always nice to have an alternative.”