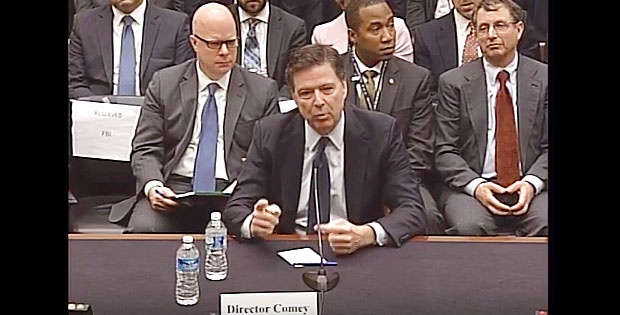 FBI Director James Comey on Tuesday testified before the House Judiciary Committee that the government has the legal right to gain limited access to the iPhone of one of the San Bernardino, California, shooters and other suspected terrorists.

Congress and the judicial system can create a mechanism to protect the safety of the American people while preserving constitutional rights against government overreach, he said in prepared testimony.

New methods of electronic communications have transformed society, Comey noted, adding that he supports the creation of strong encryption technology that protects large institutions and private citizens against cybercriminals and others who might attempt to gain access to proprietary data.

At the same time, terrorists and others criminals have used this technology to stay one step ahead of law enforcement, he said.

“We have always respected the fundamental right of people to engage in private communications, regardless of the medium or technology,” Comey testified. “Whether it is instant messages, texts or old-fashioned letters, citizens have the right to communicate with one another in private — without unauthorized government surveillance — not simply because the Constitution demands it, but because the free flow of information is vital to a thriving democracy.”

However, groups like the Islamic State have used social media to recruit and radicalize individuals to commit terrorist acts, he warned. Law enforcement needs additional tools to gather evidence to prosecute cases and in some instances prevent the acts from occurring.

The FBI is seeking only limited steps from Apple to help it open the San Bernardino shooter’s encrypted iPhone. It wants the ability to bypass the encryption and spread out the time between individual attempts to guess a password, Comey said during a question-and-answer session with House members.

He likened the request to removing a group of guard dogs so that investigators could access the iPhone and get enough time to essentially break into the device themselves.

Asked repeatedly if the FBI had gone to other private companies or agencies to try to use alternative methods for unlocking the phone, Comey admitted that he was not an expert on the technology and that the FBI and other agencies had been stymied in their attempts to break into the phone.

The FBI asked San Bernardino County, where the shooter was employed, for assistance in retrieving data from the iPhone in December, county spokesperson David Wert said.

An iCloud backup requires a WiFi connection, and an iPhone that’s turned off won’t link to WiFi until the phone is unlocked, Wert said.

“At that point, the county said the best that could be done was to check the cloud for any past data uploads, but we would need to reset the Apple ID password because no one knew it. The FBI asked the county if it would do that, and the county agreed, unlocking the cloud and providing the FBI with the data that was in the cloud,” he said.

Granting the backdoor software request in the San Bernardino case will open the door for countless other requests by the Department of Justice — and foreign governments — in far less important circumstances, according to Eli Dourado, director of the Technology Policy Program at theMercatus Center at George Mason University.

“In a world with repressive regimes as well as cybercriminals, the latter takes on greater importance,” Dourado said.

A U.S. magistrate judge in New Yorkruled Monday that Apple did not have to assist the government in accessing the phone of a drug dealer whose encrypted iPhone was seized along with other mobile devices in a 2014 raid by the U.S. Drug Enforcement Agency.

The government did not have the legal authority under the All Writs Act to make Apple provide a way to bypass the encryption built into the phone and give law enforcement the ability to search for additional evidence, the judge ruled.

The dealer in that case pleaded guilty last year, and any new evidence would be used at sentencing or to pursue co-conspirators or others involved in the drug ring, according to court documents.

“We are disappointed in the magistrate’s ruling and plan to ask the district judge to review the matter in the coming days,” DOJ spokesperson Emily Pierce said.

“As our prior court filings make clear, Apple expressly agreed to assist the government in accessing the data on this iPhone — as it had many times before in similar circumstances — and only changed course when the government’s application for assistance was made public by the court,” she told the E-Commerce Times.

“This phone may contain evidence that will assist us in an active criminal investigation,” Pierce added, “and we will continue to use the judicial system in our attempt to obtain it.” 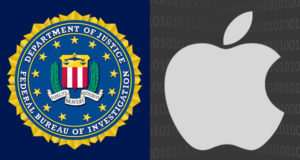