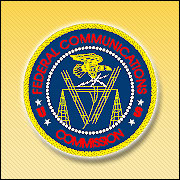 Federal Communications Commission Chairman Tom Wheeler announced Thursday that the commission is considering changing its rules regarding the use of cellphones and mobile broadband in an effort to offer consumers more flexibility when flying.

It is possible for the latest electronic gadgets and broadband to be used safely during flights, he noted, and the time is right for the agency to review its “outdated and restrictive” rules.

The rule change would allow fliers to use cellphones and mobile broadband services, including for voice calls, after an airplane reached an elevation of 10,000 feet. Below that altitude, phones would still need to be in airplane mode or turned off.

The issue is on the agenda for an FCC meeting in December. A period for public comment on any proposed policy change will be allowed. If it should pass, the proposal would permit airlines to equip their planes with approved equipment to facilitate cellphone use.

The FCC cannot force airlines to provide the service, however.

Not Without a Fight

The action comes on the heels of the Federal Aviation Administration’s decision to allow the use of mobile devices during take-off and landings, as opposed to solely when the aircraft reaches cruising altitude.

That decision may have prompted the FCC to look at its own regulations, said Bill Strauss, an electrical engineer and former aviation researcher at Carnegie Mellon University.

“Ten to 20 years ago, the big concern with in-flight cellular use was overloading the terrestrial networks, so there was scientific reasoning behind the ban,” he told the E-Commerce Times. “Now, we have more advanced networks and better computer processing, and with the FAA lightening their restrictions on cellphones and electronic devices, the FCC might have thought that this was a good time to consider lifting their own ban.”

That proposal is already facing opposition, however.

The world’s largest flight attendant union, the Association of Flight Attendants, issued a statement Thursday speaking out against the FCC’s plan. Flight attendants’ jobs include minimizing passenger conflicts and maintaining a peaceful cabin environment — all tasks that would be made more difficult if travelers become upset with their noisy neighbors, said the union. It also pointed out that in times of emergencies, cellphone use could drown out or interfere with safety procedures.

A White House petition appeared Thursday from a self-professed frequent flier and concerned citizen who warned that loud personal conversations were only likely to make passengers more cranky and uncomfortable. The petition asks that the administration resist the FCC’s moves.

Yes From FCC, No From Airlines?

The pushback is similar to what the FCC heard the last time it tried to approve in-flight cell use, said MilePoint cofounder Edward Pizzarello, who blogs about travel at Pizza in Motion. The FCC proposed a rule change in 2004 but abandoned the effort in 2007.

There are compelling arguments to be made for allowing in-flight cell use, Pizzarello noted. It would be useful for business travelers on long routes like New York to Los Angeles, for example. It could be helpful to passengers traveling during a personal emergency. Still, there likely will be vocal opposition from flight crews and travelers concerned about the irritation potential.

In any case, changing the rules is one thing — actual implementation is something else.

“The roadblocks are several,” Pizzarello told the E-Commerce Times. “First, there’s an actual cost to enabling the use of cellphones on planes. In an age where the paying WiFi customer isn’t as prevalent as the airlines would like it, they may be reticent to invest money for technology that would allow in-flight cellphone usage.”

Still, there are only so many ways that average airlines can differentiate themselves from the competition, Pizzarello noted, so a major airline might be willing to make the jump.

“The U.S. airlines are a copycat industry,” he pointed out. “There’s no truer form of monkey see, monkey do. If one airline offered this service and it was seen as a benefit by some customers, the other airlines would be sure to follow.”

FCC to FAA: Let’s Get Real About Device Use on Planes