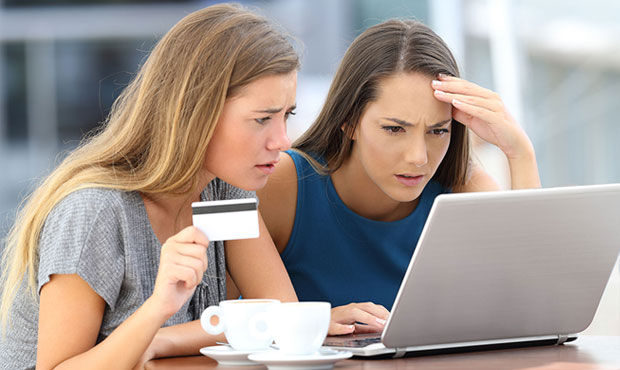 More than 85 percent of the contraband seized arrived from China and Hong Kong. China is the single largest producer of counterfeit goods in a variety of industries.

The ease of setting up an e-commerce platform has exacerbated the situation.

The DHS’ report was prepared in coordination with the U.S. Secretaries of Commerce and State, the Attorney General, and various other federal government agencies and departments, with input from the private sector.

The Need for Government Action

“If a new product is a success, counterfeiters will attempt, often immediately, to outcompete the original seller with lower-cost counterfeit and pirated versions while avoiding the initial investment into research and design,” the DHS said.

Preventing counterfeit medicines from entering the U.S. is “especially difficult,” according to DHS, because nearly 40 percent of drugs are made overseas and approximately 80 percent of the active medicinal components of drugs are imported. Further, many of these drugs are expensive so lower prices attract consumers.

People who sell illicit goods online are exposed to relatively little risk of criminal prosecution or civil liability under current law enforcement and regulatory practices in many countries.

“The key is getting federal law enforcement in other countries where these counterfeit products are made,” said James Thomson, a partner at Buy Box Experts and former Amazon executive.

Making an example of counterfeit product sellers should help curtail their activity, suggested Rob Enderle, principal analyst at the Enderle Group, as it “would help showcase there are unacceptable risks connected to noncompliance.”

The DHS will undertake the following actions immediately, and it recommends that other departments and agencies follow suit, to combat the trafficking of counterfeit and pirated goods:

“The good news is, the DHS will do more random checks of imported products,” Buy Box’s Thomson told the E-Commerce Times.

However, “all that happens is the product is seized and doesn’t enter the country,” he pointed out. “You haven’t solved the problem of changing incentives for people to sell counterfeits.”

Enforcement will be difficult without enforcing provenance of data, observed Ray Wang, principal analyst at Constellation Research. “For example, was that medicine being sold online kept at the right temperature throughout the whole process? Is it at the right level of efficacy or was the product diluted?”

One effective tactic might be to place data in a blockchain or other immutable database to track products and validate their legitimacy, he told the E-Commerce Times.

The technology used by counterfeiters is getting really good, Buy Box’s Thomson observed. “Even some brands can’t tell whether what appears to be their product is counterfeit.”

“Given the complexity of this problem, e-commerce is unlikely to be any different,” she told the E-Commerce Times.

Adding to the uncertainty, “President Trump tends to underfund his efforts, which would dramatically reduce the effectiveness of this DHS effort,” Enderle told the E-Commerce Times.

The DHS outlined 10 best practices for e-commerce platforms and third-party manufacturers, including the following:

“Foremost among these best practices is the idea that e-commerce platforms, online third-party marketplaces, and other third-party intermediaries such as customs brokers and express consignment carriers must take a more active role in monitoring, detecting, and preventing trafficking in counterfeit and pirated goods,” the DHS said.

Amazon already has said that it may be unable to prevent sellers from offering counterfeit, pirated or stolen goods on its platform.

The company currently is locked in battle with the American Apparel & Footwear Association, which has asked the U.S. Trade Representative to include the online platform on its “Notorious Markets” list.

Amazon is not alone. Alibaba, eBay and other B2C online platforms also have been accused of letting sellers offer counterfeit or pirated goods online.

Amazon has invested more than $400 million to combat fraud, including in the form of counterfeit or noncompliant products, and it has programs and processes that exceed its obligations under current U.S. law, a spokesperson said.

In addition to blocking them, Amazon will begin reporting confirmed counterfeiters to law enforcement. It also will file civil and criminal lawsuits against counterfeiters.

More than 99 percent of products people view on Amazon do not draw complaints about counterfeits, according to the company.

However, that doesn’t mean much, suggested Thomson, because a consumer would have to make a purchase and then be knowledgeable enough to spot a fake before considering whether to lodge a complaint.