Fitbit’s Alta Is Dressed to Kill 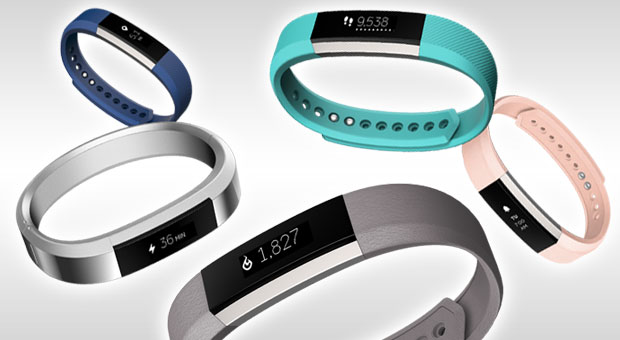 The Alta, priced at US$129, has a brushed, stainless steel body that supports interchangeable bands, so that it doesn’t stand out for the wrong reasons.

Consumers can select bands from the Classic line, available in plum, teal, black and blue for $30 each. They can step up the style with hide-leather Luxe bands that come in graphite and lush pink for $60 each, or take it up another notch with a hand-polished stainless steel band for $100.

Fitbit has billed the Alta as its most advanced product to date for everyday use.

“The device underscores our commitment to deliver products that fit seamlessly into daily life — a product people want to wear all day — while offering the motivation and guidance to reach health and fitness goals,” the company said in a statement provided to TechNewsWorld by spokesperson Kelsey Nevius.

The Alta includes a new Reminders to Move feature that nudges users to take two to three minutes to walk when they’ve been sedentary too long. Users can activate it or silence it to suit their circumstances.

In addition, the Alta offers almost everything consumers have come to expect from a fitness tracker, with the notable exception of a heart rate monitor.

The Alta tracks steps and hours slept. It will serve up notifications from a connected mobile device, and it’s compatible with more than 200 smartphones.

One of the biggest faults consumers have found with wearable tech is that fashion and form often have to take a backseat to features and functionality. The bulky build and bland colors of early wearables have been repugnant to the fashion-conscious — women, in particular — a point that hasn’t been lost on hardware manufacturers.

Motorola and Apple have taken care to release smartwatches with thinner wristbands, which typically are more comfortable on thinner wrists. It appears Fitbit now has put more thought into fashion, not that it completely ignored it in the past.

The Alta’s generally soft color palette was motivated by a desire to make a product that “people want to wear all day,” Fibit’s spokesperson said. “These colors can be worn by anyone, anywhere.”

“We saw that at CES with the smartwatch brands targeting women with anything from jewels to sleeker and slimmer smartwatches,” he told TechNewsWorld.

Women definitely have been underserved by the wearables market, according to Fieldhack, even though women tend to spend more time on health goals and more money on equipment to help accomplish them.

“So I give Fitbit kudos for specifically targeting women,” he said, “but I’m kind of ho-hum on how well this will sell.”

The reason for that touch of pessimism is the price. At $130, “you’re paying a lot for that better aesthetic,” Fieldhack said.

“There are models out there that cost $15 to $20 more but have more functionality, like heart rate monitoring,” he pointed out.

“Later in 2016, I’m sure GPS will be brought down practically into this price point,” predicted Fieldhack, “so I think that’s the dilemma they’ll be in. You’re paying a premium for better aesthetics.”

Right now, Fitbit has the mindshare and the marketing, he noted, but it’s not clear how long word of mouth and brand recognition will carry the company.

“I’m kind of skeptical that they’ll be able to hold onto the market share that they currently own,” said Fieldhack. “I think the new vendors coming in with more appealing prices and at least as much functionality will probably take out chunks from them.”