Ford Tech Could Put an End to Speeding Tickets 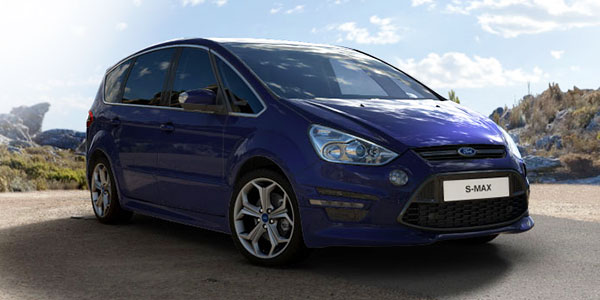 Ford Motors on Tuesday unveiled a new technology that can scan traffic signs and automatically adjust a vehicle’s speed accordingly. The Intelligent Speed Limiter was demonstrated in Germany, but it will be available worldwide in the newest edition of Ford’s S-Max cars.

The technology features a camera mounted on the windshield that works with a recognition system that can read roadside signs. When the system determines that the driver is exceeding the posted speed limit, the car can adjust the speed without applying the brakes.

Instead, the Intelligent Speed Limiter smoothly controls engine torque by electronically adjusting the amount of fuel that is delivered. That results in a gradual decrease to the legally posted speed. A driver can temporarily override the system by pressing firmly on the accelerator.

The technology is being introduced by Ford as a way to help prevent drivers from exceeding posted limits unintentionally.

“Drivers are not always conscious of speeding and sometimes only becoming aware they were going too fast when they receive a fine in the mail or are pulled over by law enforcement,” said Stefan Kappes, active safety supervisor at Ford of Europe.

“Intelligent Speed Limiter can remove one of the stresses of driving, helping ensure customers remain within the legal speed limit,” he added.

The technology could be popular in Europe, where fines for speeding are far higher and more severe than in the United States.

Drivers in the UK regularly face fines of Pounds 100 — roughly US$150 — for speeding. A motorist in Finland reportedly was fined 54,000 euros — approximately $57,000 — after being caught driving 14 mph over a posted 50 mph limit, Ford said. In Finland, fines are linked to a person’s income.

“This is the reason this warning system is being introduced in Europe,” said Praveen Chandrasekar, automotive and transportation research manager at Frost & Sullivan.

“Penalties are much different than what we see in America,” he told TechNewsWorld.

Drivers in Europe can be penalized with a high number of points, lose their license — and in extreme cases have their vehicles seized for speeding.

“There was some technology introduced in France that alerted drivers to security cameras that monitored for speeders,” Chandrasekar added. “That aftermarket system is banned in some European countries, but there is now an industry built around warning drivers about their speed.”

Big Brother in the Motor?

Speeding in the U.S. results mostly in fines — and while no one likely is happy to get a ticket, fines haven’t slowed down Americans. Speeding was cited as one of several causes for accidents along with alcohol use, lack of safety belt use and other problematic driver behaviors.

The U.S. Department of Transportation cited speeding, along with alcohol use, lack of safety belt use, and other problematic driver behaviors as causes of accidents. Its 2013 estimate put the annual economic cost of crashes at $277 billion dollars.

Even though U.S. traffic fatalities have increased slightly in recent years, that increase has been attributed in part to motorcycle accidents and vehicle-pedestrian collisions. Distracted driving is also a concern in the United States. Speed-liminting technology might not reduce traffic fatalities overall.

“In America, the bigger concerns are drunk driving and distracted driving, much more than speeding,” said Chandrasekar.

“Most people would rather not have this technology,” said Byron Pope, associate editor at WardsAuto.

“It’s going a bit too far, [but] it could have certain applications, such as a feature that could be turned on or off by parents of teen drivers,” he told TechNewsWorld.

Despite the fact that many drivers might not want speed-limiting technology in their cars, it nevertheless eventually might be required. One only needs to remember that seatbelts became available long before their use was mandated by law.

“The government and insurance companies would support it, arguing it would save lives,” noted Pope, who added that he’d prefer not to use it himself.

“There are some situations that require you to accelerate beyond the speed limit at times,” he noted. “Just the other day, a guy in the lane next to me was swerving all over the place, obviously intoxicated, so I sped past him.”

At present, Ford is offering its Intelligent Speed Limiter as much for convenience as safety, and drivers do have the ability to override it or turn it off.

Ford is not the only automaker to provide drivers with an option for curbing their speed.

“BMW now has a warning system that is displayed to the driver when they are exceeding the speed limit, but it is a warning only and doesn’t actually decelerate the car,” said Chandrasekar.

“This technology could be more interesting in [terms of] how it fits with the greater technology being developed to produce autonomous vehicles,” he added. “This could be improved by adding more sensors and could be much more powerful.”