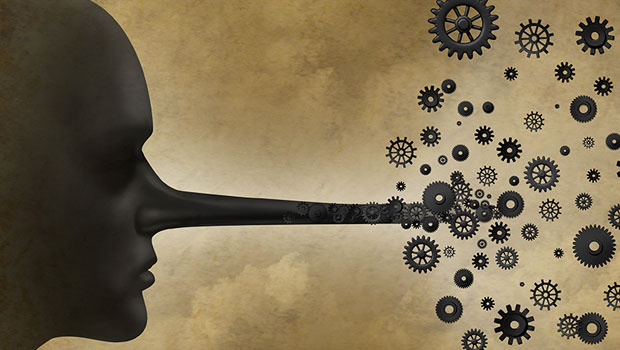 The U.S. Federal Trade Commission on Tuesday announced a settlement of its suit against a company accused of using fake paid reviews to boost sales of its health supplement product on Amazon.

The settlement puts vendors and marketing firms on notice that the FTC is committed to rigorous enforcement of rules against fraudulent reviews on e-commerce platforms.

Defendants Cure Encapsulations and its owner, Naftula Jacobowitz, advertised and sold Quality Encapsulations Garcinia Cambogia Extract with HCA capsules on Amazon as an appetite-suppressing, fat-blocking, weight-loss pill, according to the FTC’s complaint.

The defendants paid the “amazonverifiedreviews.com” website to create and post Amazon reviews of their product, the FTC alleged.

The settlement will stop the defendants from using fraudulent paid Amazon reviews for false online advertising of their product, said attorney David Reischer, CEO of LegalAdvice.com.

“Other companies that engage in similar false and misleading advertising tactics should now be on notice that the Wild West days of posting fake information about products on the Internet are over,” he told the E-Commerce Times.

Misleading statements about pharmaceuticals, vitamins, and other dangerous drugs and vitamin supplements that make outrageous claims are under more scrutiny than ever by both the FTC and the FDA, added Reischer.

Defendant Jacobowitz wrote to the review website’s operator on Oct. 8, 2014, saying that he needed “30 reviews 3 per day” to counter expected competition sabotage “to bring me down to a 4.2 overall rating, and I need to be at 4.3 overall in order to have the sales,” the FTC complaint contends.

That correspondence continued, according to the FTC, with Jacobowitz saying he was sending “another $200 and will pay you total of $1,000 additional to the cost of the reviews if you stand on the product, and make sure the next 12 days if someone post a negative review you add real positive reviews from real aged accounts (no proxy vpn vps) to make it back to a 4.3 overall.”

A second correspondence that same day urged the amazonverifiedreviews.com official to “please make sure my product should stay a five star,” the complaint alleges.

The defendants made false and unsubstantiated claims on their Amazon product page, including through the purchased reviews, that their Garcinia Cambogia product is a “powerful appetite suppressant,” “Literally BLOCKS FAT From Forming,” causes significant weight loss, including as much as twenty pounds, and causes rapid and substantial weight loss, including as much as two or more pounds per week, FTC’s complaint also alleges.

The FTC and the defendants jointly submitted a proposed settlement order to the court.

The order requires the defendants to notify Amazon that they purchased Amazon reviews of their products and to identify for Amazon which of the reviews were purchased, noted Robert Freund, advertising and business attorney at Robert Freund Law. It includes a judgment of US$12.8 million, which will be suspended upon payment of $50,000 to the FTC in addition to unpaid income tax obligations.

“This FTC action shows that the agency is taking a hard line against companies that abuse online markets by purchasing and posting fake reviews,” Freund told the E-Commerce Times.

In addition to increased FTC scrutiny, businesses and individuals involved in buying fake reviews can expect to become bigger targets for plaintiffs’ attorneys representing consumers who are misled by the reviews, he added.

“Fake review buyers may also face lawsuits brought by competitors who follow the rules but are losing business to those who use fake reviews to drive sales,” Freund warned.

The FTC submitted its settlement proposal to the United States District Court Eastern District of New York on Feb. 19.

The basic consumer protection statute enforced by the Commission is Section 5(a) of the FTC Act, which provides that “unfair or deceptive acts or practices in or affecting commerce … are … declared unlawful,” according to Braden Perry, a regulatory and government investigations attorney with Kennyhertz Perry.

The Cure Encapsulations case sends a signal both to Amazon and to the many companies that encourage reviews that the FTC will bring actions to ensure that the reviews consumers see are accurate, Perry told the E-Commerce Times.

“Although Amazon has filed many suits about false reviews, this settlement will likely put Amazon on notice that it must diligently monitor and enforce against those who they believe are providing false reviews,” he said.

“The very viability of Cure Encapsulations’ business model may be in jeopardy, and it would not be surprising to see the company possibly in bankruptcy at some point,” he said.

“I think what you’re seeing here is indicative of the larger trust problem the world faces — not only online but in society as a whole,” observed Peter Mhlmann, CEO of Trustpilot.

Consumer distrust of media, brands, businesses and even government officials has never been greater than it is in today’s fake news era, he told the E-Commerce Times. When businesses try to cheat their way into glowing five-star reviews, “it exacerbates the situation — it adds fuel to the fire.”

About five years ago Amazon embarked on a project to remove nonverified purchase reviews. Many of the genuine reviews on some of 3L Publishing’s books were removed by Amazon, since the reviewers had not purchased them on the site, she told the E-Commerce Times.

“At that point, measures were being taken to remove fake reviews. Before that time, you could ask friends and family to post reviews, and the system accepted it,” Gamble said.

Removing paid reviews will cause an impact on some big review companies. Some of them sell book reviews for $450 or more, she pointed out. “I would imagine they are going to have to scramble to come up with new and creative ways to get around the ruling. A huge revenue stream for these companies could be impacted. Some companies will have to change their business models or go out of business.”

Fake reviews have degraded the integrity of Amazon’s review platform as a whole, according to Rami Odeh, vice president of digital commerce at Velocity Commerce Group. Reviews are very persuasive in determining which products customers buy.

“In some studies, as much as 90 percent of customers use customer reviews to influence their decision on which products to buy,” he told the E-Commerce Times.

Fake reviews may not be as serious an issue for a cheap toy or novelty products, but for consumable products, the implications can be pretty serious, Odeh added. Companies buy third-party seller reviews to advertise false claims. That, in turn, causes misinformed customers to spend millions of dollars.

“Amazon has been aware of these issues for quite some time and has done things to suppress reviews they think are fake,” said Odeh. “Unless you are a seller, you don’t truly understand the impact of positive reviews.”

Sellers on Amazon have experienced sales dropping by 60 percent due to competitors’ fake reviews. The FTC ruling in this case might help create a more honest and fair playing field within the e-commerce space, Odeh said.

The overall impact of the FTC settlement is unclear, according to Rick Watson, CEO of RMW Commerce Consulting.

“This ruling is not a broad one, and so the implications beyond the health and wellness space are not as wide as the scare reports in the media. I think this is an angle most people are overlooking,” he told the E-Commerce Times.

However, for the health and supplement industry, the news is monumental. Brands will be required to provide credible scientific evidence to back up claims. The FTC essentially equates reviews to company-sponsored advertising in cases like this, Watson suggested.

This type of settlement does two major things. It increases the cost of doing business. That, in turn, ultimately discourages smaller players from entering the market, because of the credible scientific evidence hurdle they might need to provide, he explained.

“Consumers should cheer this ruling,” Watson said, “but not be overly excited just yet.” 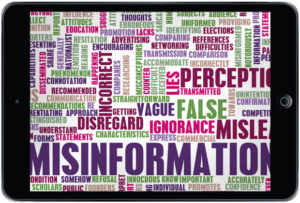