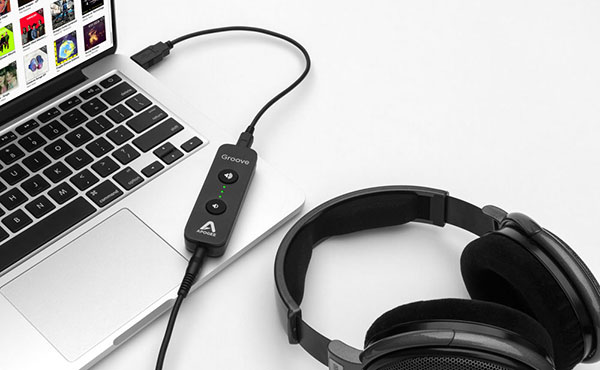 Welcome to Gadget Dreams and Nightmares, the column that dares to search the final frontier for the brightest nebulas of new gadgets, while staying well away from the black holes of the more insipid.

In our night skies this week are a portable USB headphone amplifier, a cellphone that takes things back to basics, a fast food tray that’s also a Bluetooth keyboard, and a smartwatch with wireless local storage.

Remember, these are not reviews, and the ratings are relevant only insomuch as they indicate how much I’d like to use each item.

Thankfully, tinny, terrible laptop speakers seem a relic of the past, but there are still occasions when the built-in audio from your portable computer’s speakers or audio jack just doesn’t quite cut it.

Let’s say you’re an electronic music luminary traveling the world without the comforts of one’s home studio but with an album deadline to meet. You need to hear what’s going on.

Or you’re an exec in a loud room who needs to hop on a conference call right now.

So here’s the Apogee Groove (pictured above), a portable USB amplifier that apparently improves audio all the way from low-bitrate WAV files to high-quality FLAC files.

I’m sure it’d improve the sound in even low-quality headphones, but a chain is only as strong as it’s weakest link.

If I only have a backup set of US$3 headphones lying around (I leave a few in various spots in case I ever really need them), I can’t expect tremendous audio no matter how nicely the Groove shines it up.

Rating: 3 out of 5 Dropped Beats

The Light Phone is the latest in a long line of attempts to take our on-the-go communications back to the very basics. It eschews a data connection, touchscreen, and even texting to pare down the mobile to a credit card-sized device that is solely for calls.

With its excellent 20-day battery life, it’s a wonderful, modern idea for someone looking to simplify mobile communication — but I’m afraid I’d fail to get much use from it.

I very rarely place or take regular phone calls. The vast majority of my phone communications are through text — whether through iMessage, Facebook or Twitter.

Most of my family and friends live an ocean away, so typical phone calls are not the most prudent way to keep in touch. I can’t recall the last time I called my parents, even through Skype, since we talk almost exclusively over Facetime.

So, as much as I like the idea of the Light Phone in theory, in practice it would prove essentially useless for me.

This is admittedly part of a promotional campaign, but it’s both so clever and terrible I must mention it.

KFC has issued a number of thin, rechargeable wireless keyboards on its food trays to keep us connected with the world as we’re eating fried chicken with sticky, filthy fingers.

I can’t quite tell whether I love or hate it. I like to think KFC is distracting diners from its subpar offerings by urging them to engage more with their smartphones.

We’re all guilty of using our phones while eating. It’s a terrible habit, even if we’re grabbing a quick lunch at a fast food place by ourselves.

I hope this urges people to think about their smartphone use while dining, and convinces them to keep the iPhones and Androids away when chowing down. However, I suspect it’s more likely that chicken-laden fingers will dance over many a tray in fast-food restaurants the world over.

Rating: 0 out of 5 Finger-Lickin’ Rudes

Smartwatches should and can do so much more than we’ve seen so far, so I have to give a hearty thumbs-up to ReVault.

This smartwatch has either 32 GB or 128 GB of cloud storage that owners can tap into through an app on their smartphone or computer through WiFi or Bluetooth. There are features like automatic backup and file synchronization, as well as media streaming functions and two-factor authentication for added security. Great idea.

Even better, for someone like me who is not yet swayed by a smartwatch but still would like to cart around an extensive movie collection, there’s an option to convert ReVault into a keychain or necklace.

A downside is that you need to purchase a Qi wireless charger separately (an extra demerit for wireless over wired charging) to keep it ticking after the three-day battery life peters out, but it seems a solid option for someone who doesn’t want to spend a lot of money when upgrading to a new smartphone with not quite enough storage.

It’s also remarkable to see a smartwatch that doesn’t seem to have a fitness tracker. How refreshing. But we have to do something about that name, guys. It sounds like you’re trying to lead the feeblest of revolutions, even if the product actually might lead to one.

Rating: 4 out of 5 Private Clouds