Welcome to another edition of Gadget Dreams and Nightmares, the column that crawls through the woods in search of the latest gadgets rather than, like Leonardo DiCaprio, in pursuit of those who wronged it.

On our scavenger hunt this week are a smartwatch for kids, a flashy WiFi hub, and a smart diffuser.

As ever, these are not reviews — the ratings relate only to how much I’d like to use each. They certainly have nothing to do with how useful they’d prove in fending off a bear attack.

Imagining myself in the hypothetical role of a parent, I assume I would have a strong opposition to giving a smartphone to an under-14 child of mine. Don’t get me wrong. I would, I surmise, be all in favor of my offspring being able to tap into the Internet to explore, learn, and communicate. I’d also want my kid to be reachable at all times — but, ideally, in a more-controlled way than by carrying a typical smartphone.

The dokiWatch — a smartwatch for kids — has 3G connectivity, voice and video calling, an emergency alert function, location tracking, fitness tracking and, of course, games. It might even teach kids to tell the time.

If the video-calling feature works effectively over 3G, the makers could be onto a real winner here. Letting parents see the environment in which their children are without necessarily having to trust them with a smartphone would be tremendously comforting to them, I’m sure.

The dokiWatch is an impressive device that nails what I imagine parents would want in a smartwatch for their kids. At US$179 during the crowdfunding campaign — just two days to go — the price is fair too. I’m almost tempted to get one for myself.

Rating: 4 out of 5 No More Playing Hookys

The Starry Station is a WiFi router that seeks to do more than connect every device in your home. The Android-powered system has a display that can, among other things, inform guests of your WiFi network’s name and password so they don’t need to ask.

The unit can help you determine the speed and strength of your connection, the locations of all the connected devices in your home — which might prove especially useful if you misplace your smartphone — and block content and limit connection time using parental controls. There’s also a customer service button that, when pressed, will prompt a Starry representative to call within five minutes. 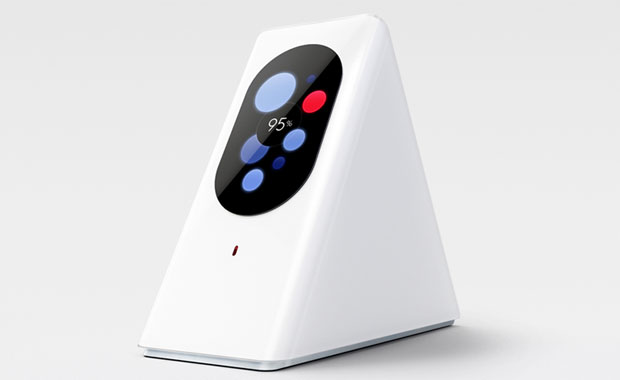 Enabling more consumers to understand their home network and which devices are struggling to obtain a strong connection is nothing to sniff at. We all could benefit from clearer guidance on network problems to root out the causes and eliminate them. The customer support and parental controls are a nice touch.

I’m eager to see how this works with Starry’s impending wireless gigabit Internet network, which uses a high-frequency bandwidth to get people online wirelessly. (It also can work with your existing modem.) I’m especially eager to access high-speed Internet without the awful mess of wires under my TV unit, using a far prettier router.

Rating: 5 out of 5 Spanning the Spectrums

Lumiere is a smart diffuser one can control using an app, with seemingly little fuss or cleaning necessary. That’s great, because taking care of a diffuser — should you use one regularly — is time-consuming and often messy.

Lumiere can accommodate four different refillable oil capsules, which appear easy to swap in and out, and which the app can recognize immediately. Lumiere purportedly can learn your preferences, so it can start diffusing intelligently when you wake up, go to bed or return home.

It can diffuse more than one oil at a time, and seemingly avoid a disaster by warning when scents may contradict each other.

I tend not to place a great deal of import in making my home smell amazing, save for lighting the occasional candle, as my sense of smell isn’t the best and I’m also lazy. However, I’m hopeful that the Clear Head capsule here will help me enjoy the aromas.

It’s a clever way to rethink the diffuser. It’s an item many of us have, and yet probably pay little attention to save for changing the oil when it’s empty. Instantly switching out scents here is a boon, and I’m certain my partner would enjoy waking up to a room that smells like a meadow.

Rating: 4 out of 5 Essential Oils