Welcome, friends, to Gadget Dreams and Nightmares, the column that wraps up its belongings in a burlap sack and trots along the path to the latest and greatest in gadget announcements,

On the trail this week are a new Pebble, an updated Gear VR system, and Kwikset’s latest smart lock.

As ever, these are not reviews. The ratings relate only to how much I’d like to try out each item, and are in no way an indicator of how likely I am to take a break from my trek and spend a few hours lazing in the sun, while stealing blueberries from a nearby bush (almost always five).

The latest Pebble looks a touch different from previous models of the smartwatch. Instead of a square screen with rounded edges, it bears a circular watch face.

The Pebble Time Round also is thinner and lighter than its siblings, but it’s not as water-resistant. More importantly, the battery doesn’t last as long — a couple of days rather than a week. That earns it a black mark, as long battery life is critical for an effective smartwatch in my book.

That said, to my eye, it’s classier than Pebble Time and Pebble Time Steel and most other smartwatches. There is, naturally, a new set of watch faces to reflect the new design. Pebble also has a new software development kit that aims to make it easy for developers to switch their apps from square to circular displays.

The watch starts shipping in November for US$249.

I was already an admirer of Pebble Time and looked forward to eventually owning one, though I’m far more tempted to pick up one of these.

I’m more inclined toward smartwatches that look like an actual watch, and Pebble Time Round is high on my list of options, should I ever take the plunge.

Rating: 5 out of 5 Round Rocks

Oculus is several months from releasing a consumer version of its Rift headset, but its technology is available to customers through its partnership with Samsung. The Gear VR headset allows owners of certain Galaxy smartphones to slide in their devices and immerse themselves in virtual reality at a lower cost than dedicated Oculus hardware.

That cost is lowering again with the refreshed Gear VR, which carries with it some compelling features. Only it’s much less about the technology for me than a new way of viewing content.

The system carries Oculus Arcade, which has classic video games like Pac-Man and Sonic the Hedgehog. More interestingly to me, Gear VR offers more than 100 Fox movies through the Oculus Cinema App, along with, critically, Netflix access.

I do think movies, rather than games, is where virtual reality will take off in the mainstream market, and as an avid watcher of film and TV — particularly on Netflix — I can’t begin to describe how excited I am to try this out.

I feel it may work best with movies shot in a first-person style (I am loath to use the derisive “found-footage” label), and hope it paves the way for some compelling new styles of movies from clever filmmakers, delivered directly into one’s home.

At only US$99, Gear VR makes home virtual reality more affordable. I’m seriously considering getting one, but it puts me in a slight quandary. I’m due for a smartphone upgrade. I’ve used iPhones for seven years, but to use Gear VR, I’d need a recent Samsung Galaxy device. It might finally be time to test out Android, even if it’s just so I can have movies take over my entire field of vision.

Rating: 5 out of 5 Motion Sicknesses

Smart locks are a curiosity to me. I’m intrigued by the prospect of connecting everything in my residence to the Internet, but I can’t quite take the leap, especially when it comes to something as simple as a door lock. They are, however, literally the entry point to a kitted-out smart home.

Kwikset’s Traditional Signature Series Deadbolt drops a keypad to lower the cost to $150 from the Kevo lock’s $219. You may use a smartphone, tablet, or any other Internet-connected device to unlock the deadbolt. 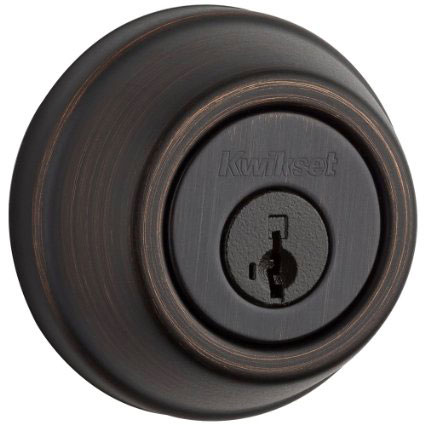 With the lower cost, thanks to Kwikset dropping the keypad, I’m ever-so-slightly more likely to try a smart lock in my home. However, I’d still fret over getting locked out for good should my smartphone’s battery die before I return home. I really should look into that phone upgrade to make sure I have a battery that lasts longer than a few hours before even considering this.

Rating: 3 out of 5 Knock Knocks