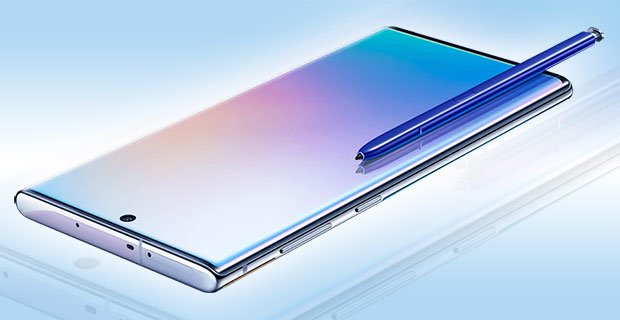 Samsung on Wednesday announced new devices and a deepening of its relationship with Microsoft at Samsung Unpacked, which showcased innovative new mobile experiences that work seamlessly and continuously anywhere and anywhen.

“The line between work and play has pretty much disappeared, and that means we need technology that can seamlessly flow between the two,” said Samsung Head of U.S. Product Management Mobile Drew Blackard.

“These devices we’re unveiling today are built for the new area of mobile productivity,” he added.

Among the new products unveiled:

Samsung also showed off the Galaxy Tab S6, which was unveiled July 31.

The company’s DeX desktop software package now works on both the PC and the Mac, Samsung Director of U.S. Product Strategy and Marketing Hassan Anjun announced.

Microsoft’s key services are being integrated into the Note10 family, he also said.

It’s All About the Experience

“Today I’m here to show how we’re translating this vision into new innovation by creating new categories and forging new partnerships,” he added.

Samsung is taking a new approach to technological progress that it calls “experience innovation,” Koh said.

Experience innovation is “an integration of devices, services and capabilities across a universe of Galaxy devices and our vast network of partners,” he continued. It “is the heart of a generation that sits, lives and works on their phones.”

Game-changing new technologies like 5G have created the perfect conditions for experience innovation, Koh said, and Samsung aims to build it into every device it creates and every service it delivers.

Samsung has deepened its years-long partnership with Microsoft.

“We worked with Samsung to integrate Work with Windows in the control panel to seamlessly link Note 10 to the Windows PC,” said Microsoft Corporate Vice President Shilpa Ranganathan.

This integration will let users get instant messages, notifications, photographs and text from their desktops directly on Note 10 smartphones, and mirror their phone screens onto their desktops, she noted.

Later this year, users will be able to make and receive calls on their PC, Ranganathan said. Also, Samsung Gallery soon will have an option to sync directly to Microsoft OneDrive.

“For years, applications have been built for single devices, but, in a world of 5G we get to rethink it all and reimagine it,” said Microsoft CEO Satya Nadella in a brief appearance at Unpacked.

“Every device will be multiexperience,” Nadella remarked. “Together with Samsung, we’re making this a reality.”

The Note has “historically been the focus of innovation,” said Ramon Llamas, research director at IDC.

All of them use fingerprint recognition and include machine learning to distinguish between real and fake fingerprints.

For example, the Note10+ comes with a time-of-flight sensor for 3D depth and enhanced portraits, but the Note10 does not.

As 5G connects more and more devices, security becomes more important than ever and more complicated, Samsung’s Koh said. Samsung is building its Knox security solution into every device.

Verizon, which is rolling out 5G service to about 30 cities in the United States this year, will be the first carrier to offer the 5G phone.

The Note10 is “the narrowest note we’ve ever made,” said Samsung’s Blackard. Meanwhile, the Note10+ “comes with the biggest screen ever on a Note.”

Both devices are less than 8mm thick and the front of their screens “has virtually no bezels,” he pointed out.

Preorders open Thursday. Consumers can get up to $150 in Samsung credit when they preorder a device from Samsung. They can save up to $600 on an unlocked Galaxy Note10 by trading in an eligible Samsung device.

Consumers also preorder at the Microsoft Store online and at Best Buy.

The new features in the Note 10 family will “make their life easier and lets them get to tasks much faster,” he said. “Samsung’s hitting all the right marks.”