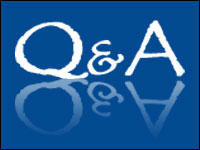 The Obama administration has recently turned up the heat on moving to IPv6, the next version of the Internet protocol after the one currently in use, IPv4. Federal CIO Vivek Kundra issued a memo Sept. 28 instructing CIOs of executive departments and agencies in the federal government to take several actions, including enabling the use of native IPv6, by the end of 2012.

Here’s the kicker, though: Agencies will continue running both IPv4 and IPv6 simultaneously “into the foreseeable future” to ensure interoperability, Kundra instructed.

Pressure to implement IPv6 is also coming from major networking vendors, who contend that we’re running out of IPv4 Internet addresses. The IEEE made the exact same claim 14 years ago but it seems the alarm was a bit premature at the time.

Has anything changed now? How is it that IPv4 addresses are still available, 14 years after the IEEE said they’d run out?

TNW: Apparently the deadline for having products tested for the USGv6 Testing Program, which certifies them for IPv6, has been ignored. Please elaborate.

TNW: In that case, why did Vivek Kundra have to come up with his memo?

I think there was more on the government side of things because there still was, from my perspective, from his perspective, and from half of the vendors’ perspectives, not enough pressure and not enough teeth in this USGv6 program.

You hear from many vendors when things like this come out that the government has done this in the past and it doesn’t always follow through with things in general.

TNW: Perhaps about 15 years ago the IEEE first warned that we were running out of IPv4 addresses and said that China and India, with their billions of people expected to come online, would desperately need more addresses. The IEEE urged everyone to switch over to IPv6.

Yet ICSA Labs now says we’ll run out of IPv4 addresses by when, March 2011? How can you be so sure?

We can be sure because we are now so much closer to it and, before, it was more speculative. When the IETF and everybody said that before, it was true speculation, and now there’s numbers to back up where we’re going.

We know for a fact that there are only five percent of the IPv4 addresses left, and we know at what rate the numbers are going away and how many have gone away for the past six months.

Based on these statistics, we can look out into the future and say pretty much for sure these are going to go away within the next 10 to 12 months, at least by the end of next year, but most people are saying they’ll go away somewhere in the middle of spring or towards the end of next year.

They could have, but it’s part of the issue and that could continue to be a reason why the date would extend out, but I sincerely doubt that will happen at this point.

At that time nobody had any numbers; we had a new technology and thought everybody would switch over to the new technology. We knew the Japanese were moving towards Ipv6, and the Chinese, but they didn’t move as quickly as we expected.