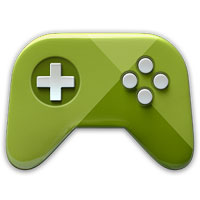 Google on Monday announced a number of new features to the Google Play Games platform that are intended to boost discoverability and cross-platform multiplayer gaming while providing developers with deeper analytics.

Three out of every four people who use the Android operating system play games, according to Google. Given that there are more than 1 billion activated Android devices, there’s a vast opportunity for developers to reach gamers and generate revenue in a growing market.

Four times more money was paid to Google Play Developers in 2013 than in 2012, Google said.

The Google Play Games service and software development kit is cross-platform, operating across Android, iOS and the Web. It allows developers to use features such as leaderboards, achievements, multiplayer and cloud game saves.

On the engagement and discoverability front, developers will be able to include virtual gifts, which players can send to people in their circles or through player search. The Play Games app now directly supports multiplayer invites. Both of these features presumably are intended to help developers encourage gamers to help their friends discover a certain game.

Meanwhile, developers now can funnel their titles into 18 new game categories in the Google Play Store, including action, arcade, trivia, casual and racing.

“I think [adding iOS multiplayer functions is] a smart move because it’s a broadening of the universe,” Susan Schreiner, an analyst at C4 Trends, told TechNewsWorld. “For all these people developing a game, it may be their passion, but it’s also a business.”

“I think the multiplayer feature is going to create kind of a network effect, so you’re no longer locked into your particular hardware platform as you’ve been in the past,” said Lewis Ward, research director of gaming at IDC.

“I think that new addition will help raise the popularity and visibility of a number of titles that benefit from multiplayer gaming,” he told TechNewsWorld.

“You can run through some of the more popular and more lucrative games over the past year and a lot of them do have a multiplayer orientation, although the top-grossing games are often different across iOS and Google Play,” Ward added. “I think this capability might help create more games that are similarly popular across both of those platforms.”

In addition, Google is adding new features to the AdMob platform, among them Google Analytics integration to see how users interact with the game. In-app purchase ads will allow developers to target players with specific promotions for in-game sales. The AdMob platform also will include new ways to optimize ads, according to Google.

Google’s analytics for games statistics — for instance, game session time — are perhaps underdeveloped compared to some other providers, but “they’re probably the best in terms of advertising,” Ward suggested.

“That’s Google’s background. What they’re going to bring to the table, I think, is a particular strength in figuring out how to market these games. They’re probably going to have some very sophisticated tools, or at least a step up in terms of sophistication of those tools, in terms of how to target specific types of gamers,” he said.

“I think it is certainly a positive move for developers,” said C4 Trends’ Schreiner said. “Information is always at the heart of things. It’s one thing to create a game, but a lot of games are not successful. With the analytics in play, the developer is not in the dark as to who’s playing, what’s working, and what is not working.”