Google’s chief legal officer went on the offensive Wednesday, posting a company blog entry that attacked Microsoft, Apple, Oracle and other tech companies for securing patents and undertaking legal activity that would block the development of the Android platform.

The post, penned by David Drummond, senior vice president and chief legal officer for the search engine giant, accuses the companies of “being in bed together” and waging a “hostile, organized campaign” against the Android platform.

Microsoft responded with an attack of its own — the company produced an e-mail showing that Kent Walker, another member of the Google legal team, turned Microsoft down several months ago after the software maker asked Google if it would be interested in joining on a bid for the Novell patents. Brad Smith, the legal counsel at Microsoft, and Frank Shaw, the company’s head of PR, both took to Twitter to call out Drummond for not consulting with Walker before he posted the blog.

Apple has yet to respond publicly, and none of the companies involved responded to the E-Commerce Times’ requests for further comment.

Whatever went on behind the scenes regarding the Novell patents, the bickering between the tech giants represents a larger battle in the way patent wars are waged in the increasingly competitive tech marketplace.

“The whole reason [patents] exist is to give a patent to the little guy to be able to incentivize people to be inventive and innovative. They’re supposed to be given out for unique, novel inventions that are non-obvious,” Craig Delsack, a lawyer specializing in technology, business and media, told the E-Commerce Times.

Now, though, as competition between giants in the mobile marketplace grows ever more cutthroat, the “little guy” often doesn’t have a fighting chance against multi-billon dollar conglomerates, and the lines between who actually invented certain parts of a given technology become blurred. Patents exist, then, on very specific and complex bits of technology and are often bought up by companies purely as blocking mechanisms against competitors.

Merely holding patents isn’t a guarantee to claim the right to a monopoly, so in some cases it’s a necessary legal move now to initiate the blocking patents.

“Like everything else in life, patents are about the execution. You always have to have a patent, or try to stop someone else from executing something else,” Randy Friedberg, Counsel in Intellectual Property Group at White and Williams, told the E-Commerce Times.

While embroiled in other legal and intellectual property disputes, Google has typically appeared quiet and reserved behind a strong legal team, so it was a little surprising to see the company publicly air a hostile blog post against its competitors.

Friedberg and Delsack said it isn’t common in patent battles to be so outwardly combative, but for what Google has on the line, it’s important the company remains proactive.

“You just have to look at what they’re trying to protect. They have a lot at stake because they now have a platform, the most ubiquitous platform. It’s going to be a question of, when someone argues and yells the loudest, does that make their position the truest?” said Delsack. 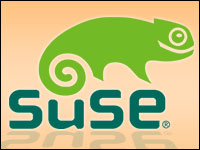 The Future of Android, Part 1: The Legal Squeeze