Google on Monday released an update to Android Wear — just the second significant feature refresh for its wearable device software since its introduction more than a year ago.

“This update is overdue,” said Ian Fogg, senior director and head of the mobile and telecoms team at IHS Technology.

“With other products, Google adds features fairly continuously,” he told TechNewsWorld. “Android Wear hasn’t had as much focus from Google over the last year as some of its other products.”

The new features of Android Wear, announced just days before the scheduled delivery of the first Apple Watches, include the following:

The new features initially will be rolled out on the LG Watch Urbane. 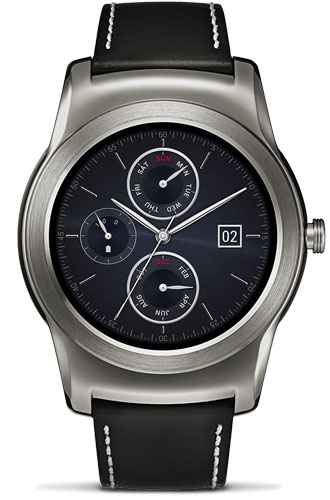 Even with its new wrist-flick navigation features, it will still be difficult to navigate on Android watches, maintained John Feland, CEO of Argus Insights. That’s because Android Wear is built on cards containing information, unlike the application-centered interface used by Apple Watch.

“Rather than navigating in two-dimensional space, as you do with the Apple Watch, with Android you move linearly — so you have to swipe and swipe and swipe,” Felund told TechNewsWorld. “It’s a row, row, row your boat problem, because you’re constantly rowing through options on the device.”

Hands-free operation of smartwatches is a challenge facing their designers, and the Android wrist flick is unlikely to solve that problem, said Canalys analyst Daniel Matte.

“I doubt that it will be useful,” he told TechNewsWorld. “I think there’ll be too many false positives to make it work well for consumers.”

Always-on apps is another feature that can deliver both benefits and bumps.

“The always-on thing can be very useful because one complaint about the Apple Watch by reviewers is that there’s a pause before the screen comes on,” said Bob O’Donnell, founder and chief analyst with Technalysis Research.

Always-on has its drawbacks, though, argued Canalys’ Matte. “Anything that’s always-on is a waste of battery life. When you’re not looking at the watch, it should be off.”

With the addition of hand-drawn emojis, Android is keeping pace with Apple in the fun department.

“It’s a nice novel thing, but that novelty won’t drive the utility you need for long-term consumer adoption. There’s only so many custom emojis you can do before you’re bored,” said Argus’ Feland.

“It’s like putting a Union Jack on the top of your Mini Cooper,” he continued. “It’s fun, but it won’t increase your gas mileage. Fun drives those first few sales, but utility drives long-term adoption.”

However, when it comes to the long term, Android Wear may be in a better position to respond to market change than Apple Watch, suggested James Moar, a research analyst with Juniper Research.

“Android Wear has a much more flexible platform than Apple, both in terms of software and hardware,” he told TechNewsWorld.

“While this means that at present quality control will be an issue for Android Wear, it will allow successful apps to show and lead much more easily than Apple’s tightly regulated system,” Moar pointed out.

“This adaptability is key to Android Wear and is a core advantage for Google,” he added.

In addition, it allows Google to produce more varied form factors than the Apple Watch.