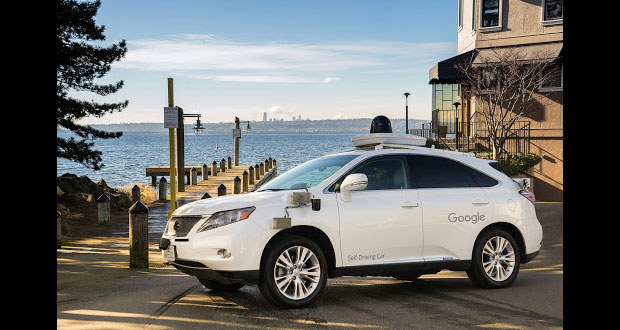 Google on Wednesday announced that it has chosen Kirkland, Washington, as the next location to test its self-driving cars.

It picked Kirkland as the third test city to give the cars more experience driving in new environments, traffic patterns and road conditions, the company said.

Google has conducted testing mainly at or near its campus in Mountain View, California. Last year it expanded to Austin, Texas.

Its self-driving cars have racked up 1.4 million miles, the company said, adding that people in Kirkland soon may be able to catch a glimpse of the latest test vehicle, a Lexus RX450h.

The move to Kirkland will allow the autonomous team to experience different — notably wetter — conditions, while the area outside of Seattle is known for its winding roads and quick changes in elevation, according to Google.

Testing in varied weather and road conditions is considered crucial in the development of autonomous vehicles.

“Google has not conducted trials on public roads in areas outside California or Texas, where the weather is primarily clear,” said Sam Barker, aJuniper Research analyst.

“The big criticism that Google has been facing on its self-driving trials, despite clocking over 1 million miles, is the fact that most of it has been done in California where the weather is one dimensional throughout the year,” noted Praveen Chandrasekar, automotive and transportation research manager at Frost & Sullivan.

“The decision shows that Google is confident that the systems are able to stand up to adverse weather,” Barker told TechNewsWorld.

Google’s expanded testing in Kirkland follows Ford’sannouncement that it began testing in snow and icy conditions at the Mcity facility at the University of Michigan’s Mobility Transformation Center near Detroit.

Google isn’t “alone in testing against weather conditions. Ford claimed earlier this year that their autonomous vehicles were able to operate in snow when tested, being able to do so by mapping the area beforehand. However, it is understood that these tests were undertaken in a controlled environment,” said Barker, author of the report “Autonomous Vehicles: Adoption, Regulation & Business Models 2015-2025.”

Weather isn’t the only consideration in determining where to test autonomous vehicles.

“The California DMV’sproposed rule of having a driver behind the wheel might make it tough for Google to sustain its testing efforts only in California,” Chandrasekar told TechNewsWorld.

Opting for other testing locations also provides for greater climate and environmental diversity.

Google needs “more locations that present them with dynamic weather — like the rain in Washington — to calibrate the sensors and make sure the sensor fusion is providing the intended results, have an opportunity to improve coverage of their HD maps, and use the different road conditions — slopes in Washington — to understand real-world performance,” Chandrasekar said.

“This is basically an effort to get as close to real-world testing as possible before the different states start passing individual regulations that might prove to be a challenge to Google, like in California, for its completely driver-free self-driving cars,” he added.

Varied weather will be crucial as autonomous vehicles rely on a number of advanced sensors. Just as weather can affect a human driver’s ability to see the road, it too can affect how the vehicle’s sensors operate.

“Systems such as Lidar have difficulty in differentiating between genuine obstacles and weather conditions, and camera-based systems are unable to see road markings or signs,” said Juniper Research’s Barker. “Ensuring autonomous systems are able to stand up to a change in weather conditions is the one of the hurdles facing those in development.”