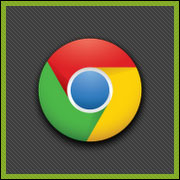 Google on Monday announced an update to Data Saver mode in Chrome on Android designed to make loading Web pages on a slow wireless connection easier.

The update will remove most images when loading a page on a slow connection, reducing data consumption by up to 70 percent, Google claimed.

After a page has loaded, users can tap to show all images or just the ones they want.

Chrome users in India and Indonesia will get the update first. It will be rolled out elsewhere in the coming months.

Why India and Indonesia instead of the United States, which has tiered data charges and other restrictions on the always-on Web?

“The primary objective is to target regions that have less advanced wireless networks,” said Brent Iadarola, a vice president of research at Frost & Sullivan.

That would drive traffic to sites users find difficult to access because of bandwidth constraints, which eventually will drive up ad revenues.

India and Indonesia are being targeted first “probably because the infrastructure simply isn’t there to support a lot of high-bandwidth data,” said Mike Jude, a research manager at Frost & Sullivan.

“If it works there, it’ll work anywhere,” he told TechNewsWorld.

When Data Saver is enabled, Google’s servers cut the amount of data downloaded when users visit a webpage, Google said. How much data is cut depends on the type of content on the page.

Secure pages, whose URLs begin with https://, and incognito pages load without any reduction in the amount of data transmitted.

Some websites may not be able to determine a user’s location accurately when Data Saver is turned on, Google said.

In some cases, images might look a bit fuzzy when Data Saver’s enabled.

The trend is toward sending more images and less text over mobile connections, but “this is problematic on slow networks,” remarked Rob Enderle, principal analyst at the Enderle Group.

“Sites that don’t adjust will likely lose a substantial amount of traffic as they either become unusable or unattractive or both,” he told TechNewsWorld.

The world is moving rapidly to 4G/LTE and beginning to put a toe in the 5G waters.

LTE has become a near-ubiquitous technology in some countries and is just moving into adolescence in others, OpenSignal reported back in September, but, in general, both speeds and 4G availability are growing worldwide.

The U.S. Federal Communications Commission has begun laying the groundwork for 5G. 5G mobile subscriptions will hit the 150 million mark by 2021, Ericsson predicted.

On the other hand, Google’s following in Facebook’s footsteps in adjusting Web pages for slow connections. In June, Facebook announced Facebook Lite, and in October it announced it’s implementing technology that will adjust news feed downloads to suit available bandwidth.

“The key hurdles in many developing regions have been inefficient wireless networks and the cost of mobile data,” Iadarola told TechNewsWorld.

The major growth areas will be India and China, with more than 30 percent of the millennial population — those aged 15-34, who are an “enormously attractive segment to mobile marketers” — living there, he said.

“The recent moves by Google and Facebook are designed to address these challenges,” he said.

Much of the current infrastructure is outdated and oversaturated, and many developers “are operating as if everyone’s on current technology and the networks are under capacity. That just isn’t the case,” Enderle pointed out.

Developers need to be aware of these limitations, he suggested, because “if they hurt performance, companies like Google will penalize them with moves like this.”