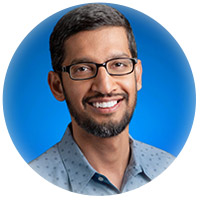 Google on Monday confirmed that it plans to launch a mobile virtual network operation, or MVNO, later this year. Google Senior Vice President Sundar Pichai, who heads up operations for Android and Chrome, commented on the undertaking in a Q&A following his keynote address at Mobile World Congress in Barcelona, Spain.

Google in essence will provide the same service as a wireless carrier; however, it won’t be competing with Verizon, AT&T, T-Mobile or Sprint. Instead the new MVNO likely will entail partnerships with those carriers, with Google helping to provide WiFi signals in areas where LTE networks are less than fully reliable.

Google has no intention of becoming a network operator at scale, Pichai said, noting that further details will be announced in the coming months.

Google in the past few years has attempted to bring online connectivity to the world via a few different projects — among them Google Fiber, the ultrafast broadband service it has been rolling out in select locations across the U.S.; and Project Loon, which utilizes balloons that could act as floating cellular towers in remote areas.

It would seem that the MVNO strategy would be a third piece in the connected puzzle, complementing rather than competing with those efforts. However, for Google, it could be a much smaller play than usual.

“They want to make it a showcase rather than something that is a true game changer,” said Roger Entner, principal analyst at Recon Analytics.

“In a way, they are following a similar strategy to Google Fiber and showing what is really possible,” he told the E-Commerce Times.

Google’s entry into some markets — notably online search and mobile operating systems — has led to dominance. However, in the case of the MVNO space, there really isn’t much of a market to go after.

“MVNOs have a niche audience, and this is a very small number of potential users compared to Google’s other offerings. However, they may want to shame everyone else and present it as a technical show piece,” he suggested.

They’ll probably provide the MVNO service only for Android devices, he speculated, noting that “a big operator can’t do that — but again, this is very much a niche play.”

Perhaps Google shouldn’t be entirely ruled out as a threat to the carriers and other MVNO operators, however.

“That depends on what you define as a ‘threat,'” quipped Charles King, principal analyst at Pund-IT.

“Some have pointed to Clearwire as an example of a company that — though it suffered a host of problems — quickly garnered 10 million-plus customers,” he told the E-Commerce Times.

“Google is both far-better managed and experienced, particularly in being a disruptive influence,” said King.

“Add in the general disregard many consumers have for their service providers — especially those that double as broadband providers — and you can see why network operators would be deeply concerned about Google’s entry into their markets,” he remarked.

Even if Google restricts itself to a niche play rather than a major move, it could disrupt the status quo.

“One can assume that a Google offering would be well-operated technologically, with a strong likelihood that it could deliver service levels and customer experience equal to or better than traditional service providers,” noted King.

Google likely will be “extremely aggressive in service pricing,” he added, “but the company also has enough complementary assets — Google Docs, Gmail, Wallet/Softcard, YouTube — to develop service offerings that would be highly competitive or even unique,” he added.

“That point might also allow Google to create more flexible packages than consumers and businesses have been used to,” King pointed out. “All of those points could benefit end users and put real pressure on existing service providers.”

If Google is indeed a threat, why would the major carriers even want to entertain the possibility of partnering with the company?

Resistance could be futile.

“What would be the justification, beyond a fear of competition that they couldn’t defend in court?” asked King.

“Additionally, the FCC’s recent Net Neutrality ruling may have strengthened Google’s MVNO strategy,” he suggested. “Though I expect carriers to appeal or attempt to have that decision stayed, it’s likely to become the law of the land.” 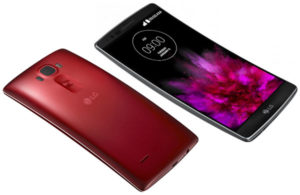 Mobile World Congress 2015, or Why Your Smartphone Is Crap