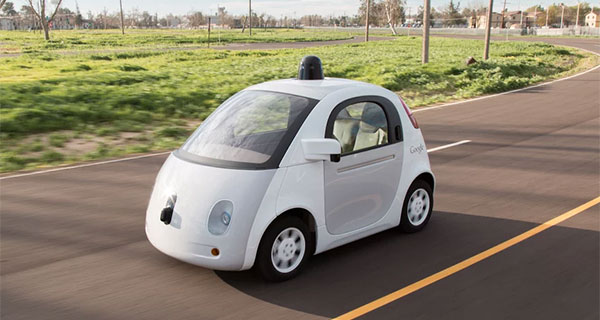 Google’s self-driving cars showed major safety improvements over the past year — but there were dozens of incidents when test drivers had to intervene, the company said in a report recently filed with California regulators.

There were 272 so-called immediate manual control disengagements due to a failure of the autonomous car technology, between September 2014 and November 2015, Google said in its report to the California Department of Motor Vehicles.

Drivers were alerted of the disengagements through visual or audio signals.

There were 69 incidents in which test drivers had to take over manual control of the Google test vehicles. In 13 of those cases, the test drivers prevented “simulated contacts.” Without that intervention, the vehicles would have crashed into another object — in some cases, another car.

The other 56 incidents were classified as “safety-significant,” because they involved properly yielding to cyclists or pedestrians, proper perception of traffic lights, or potential violations of traffic laws.

Google has tested its self-driving vehicle fleet in autonomous mode over 1.3 million miles, with more than 424,000 of those miles driven during the test period in California. The vast majority of those California miles were driven on surface streets in the Mountain View, Calif., area.

Ahead of the Pack

The reported incidents were due to the fact that the software is programmed to be much more cautious than the average driver, he maintained.

“What’s basically happening is that in normal driving, the Google software is probably better than nearly all human drivers,” Juliussen told TechNewsWorld. “The unsolved issues are these once in a million events — something strange happens, and the software doesn’t know how to deal with it.”

The software may have to be tweaked to be a little more aggressive — for example, to inch up at an intersection to allow the system to peek into oncoming traffic, he suggested.

Google was the first company to release its test results, but not the only one required to file.

Bosch, Delphi, Google, Nissan, Mercedes Benz, Tesla and Volkswagen — all of which received permits in 2014 — submitted disengagement reports to the California DMV before the Jan. 1 deadline.

Cruise Automation, BMW, Ford and Honda, which received permits in 2015, are not required to submit their first disengagement reports until Jan. 1, 2017, according to the DMV.

The department is reviewing all of the submitted reports, said spokesperson Jessica Gonzales.

Google’s report shows the need to have a human driver behind the wheel at all times, contended John Simpson, president of Consumer Watchdog.

“There’s been all this hype around robotic cars,” he told TechNewsWorld. “Google’s been hyping it more than everybody else.”

Consumer Watchdog has joined the Center for Auto Safety and a former administrator at the National Highway Traffic Safety Administration in a petition to make forward collision warning, crash imminent braking and dynamic brake support mandatory in new cars.