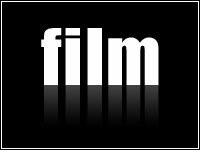 Online video distributorGuba.com has sealed a deal that will let it distribute downloadable versions of films fromSony Pictures on its Web site.

More than 100 feature-length movies, including “Memoirs of a Geisha,” “Hitch” and “Underworld: Evolution,” will be available on Guba, the companies said. Guba has attracted an audience of nearly a million users by providing video ranging from user-generated clips to professionally produced TV and film.

The deal with Sony comes on the heels of a similar arrangement with Warner Brothers to put its films on Guba. Both are indications that the mega Hollywood studios are finally coming around to the idea of distributing movies online.

Previously the studios have resisted — largely because of concerns over control of their core content. However, the advanced state of the technology and heavy lobbying on the part of distributors have softened them, Guba co-founder and Chief Executive Officer Tom McInerney told TechNewsWorld.

“We had to go through some serious technical diligence to make them comfortable with it,” he said.

Although an increasing number of consumers are getting their entertainment through their PCs, the current models for online movie downloads leave consumers with content that is not as portable as they might hope, Gartner Vice President Mike McGuire told TechNewsWorld.

The price of Guba’s movie downloads — US$20 for new releases or $10 for older titles — could present a challenge as well, he said, especially considering that a purchased DVD might be less expensive and could be viewed using a DVD player connected to a living room television.

McGuire praised Guba for its video sharing and community characteristics, but noted that many challenges related to digital rights management lie ahead for services like Guba’s.

“Certainly, [the studios] want to take advantage of that distribution model,” he noted, but he acknowledged that “the viral sharing part of it’s going to be tough.”

Meeting at the Movies

Although user-generated video and the community aspects of the site have been key to Guba’s success, the site is focused on “professional, studio-generated content,” McInerney insisted.

Movie downloads from Guba will offer viewers a digital file copy of the film to own and play on compatible home computers. Sony is expected to grow its Guba library to 500 titles within a year. Films will also be available in a video on demand (VOD) rental format for $2 to $3.

Guba claims to have tackled key challenges to the online distribution of movies, including bandwidth and video transcoding, as well as DRM. It plans to implement a system that is as transparent and unobtrusive for viewers as possible, according to McInerney.