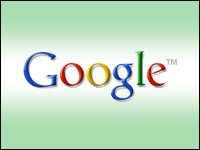 A story in the Sunday Times of London sent Google’s public relations machine into an advanced search for answers. The Times reporters wrote about a new Harvard study that examines the energy impact of Web searches. The story’s lead paragraph: “Performing two Google searches from a desktop computer can generate about the same amount of carbon dioxide as boiling a kettle for a cup of tea, according to new research.”

One problem: the study’s author, Harvard University physicist Alex Wissner-Gross, says he never mentions Google in the study. “For some reason, in their story on the study, the Times had an ax to grind with Google,” Wissner-Gross told TechNewsWorld. “Our work has nothing to do with Google. Our focus was exclusively on the Web overall, and we found that it takes on average about 20 milligrams of CO2 per second to visit a Web site.”

And the example involving tea kettles? “They did that. I have no idea where they got those statistics,” Wissner-Gross said.

Was Google Burned by Energy Story?

The Times story is giving Google a chance to talk about the company’s green initiatives and its efforts to pursue cleaner energy technologies on several fronts, Google spokesperson Jamie Yood said. “This comes from the top, from (cofounders) Larry (Page) and Sergey (Brin), who are really dedicated to this. There’s an acknowledgment that Google is using energy and on the business front it makes sense to get this energy cost as low as possible,” Yood told TechNewsWorld. “And on the environmental front, they are passionate about climate change and are really involved. They recognize that if we’re going to use energy, let’s try to figure out how to do this as minimally as possible.”

That includes the use of biodiesel shuttles and electric cars to and from its Mountain View, Calif., campus, offering bikes for employees to ride from building to building on that campus, and using recyclable materials throughout those buildings. And when it comes to its server farms, “we do believe we have the most energy efficient data centers.”

Google takes exception on its Official Google blog to the statistics quoted in the Times story regarding the energy used to Web search vs. boiling a kettle of water. A speedy search uses less energy, the company claims; about the same amount of energy as the human body uses in about 10 seconds.

Google has asked to see a copy of the study, and Wissner-Gross says he is more than happy to send them one.

One of the Times article’s authors had interviewed a Google engineer “whose job is to look at data centers to make sure they’re more energy efficient, and he didn’t really use any of his material,” Yood said.

Google’s Side of Things

Greenpeace doesn’t really focus on the energy efficiencies used by Google or Web companies in general, said spokesperson Daniel Kessler. It is more focused on electronics products, the toxic materials used and company recycling initiatives. However, Google gets high marks for its green efforts in Washington D.C., Kessler said. “I commend Google for its lobbying and the legislative work they’re doing when it comes to clean energy,” Kessler told TechNewsWorld. “In the whole tech sector, they’re really on the forefront on taking action regarding the climate.”

Google’s data centers burn through a lot of energy in the course of providing answers to search queries around the world, and the cheapest form of that energy right now is coal, said Roger Kay, principal at Endpoint Technologies Associates, who keeps a close eye on the environmental policies at IT companies.

“It’s taking that electricity bill they’ve got and kind of making it a proportion of the total expenditure of the generation of electricity, and then allocating that as a cost to Google and saying that’s their responsibility, their piece of it,” Kay told TechNewsWorld. “It’s just modeling, a modeling exercise that may not necessarily be a reflection of reality.”

The location of the information needed in a Web search may also play a part, Kay said. “If you’re looking for the latest on Brad Pitt, then that’s likely to be stored in multiple servers towards the edge of the network, where it will be an easy search. Google through its traffic management knows a lot of people are interested in that. But if you want to read Cicero’s works, which haven’t been read for a while, you may have to go deep into the network.”

Wissner-Gross, who manages the Web site CO2stats.com to help educate people about energy efficiencies on the Internet, has been inundated with press requests since the Times story was published. The Times quoted him correctly in the story as saying, “A Google search has a definite environmental impact” and “Google operates huge data centers around the world that consume a great deal of power,” he confirmed.

“I don’t think anybody would disagree with those statements,” Wissner-Gross said. “Everything online has a definite environmental impact. I think everybody can agree on that, including Google.”

There’s a difference between regular servers and those used in advanced data centers, Wissner-Gross said, and he acknowledges that Google would have a financial interest in maintaining an energy-efficient infrastructure. “Energy consumption may be a higher fraction of infrastructure costs for large companies like Google than the hardware itself.”

In between answering reporters’ e-mails and appearing on CNBC, Wissner-Gross has had a lot of time to think about why the Sunday Times focused on Google in its story. “The short answer is, it’s a really easy way to sell papers. Google is a very successful company and it’s a very easy way to get readership by making grandiose claims about them.”