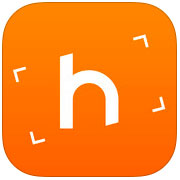 Horizon by Evil Window Dog is an iOS app available in the iTunes App Store for US$0.99. 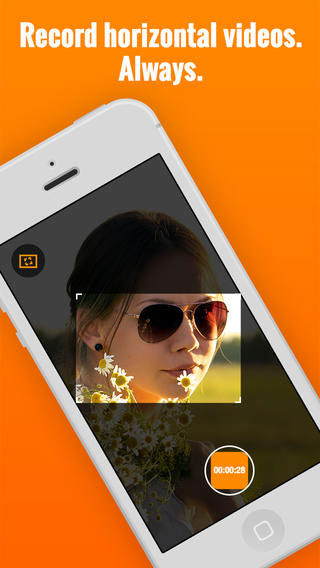 Even if you’ve never been guilty of sharing one of those annoyingvertical videos, you may have run into a situation where you’ve beenfilming and moving around at the same time — and because you werescrambling over a rock or playfully wrestling while recording, yourfun little video perspective spun vertical on you.

Or, if you’re like me, you might have taken a vertical photo — thenrealized that you had a video-ready moment to capture and startedrecording video, only to realize that you started recording in uprightmode.

The problem is, once you start, you’re stuck — even if you turnyour iPhone horizontal, you’ll still be recording a vertically orientedshot. Stopping to fix your orientation error means you might misscapturing the moment altogether.

None of this exactly intuitive, since most every video anyone eversees is in the form of a horizontal rectangle.

Horizon, on the other hand, is a new video recording app that isintuitive: No matter how you hold your iPhone, with Horizon, you’llalways shoot horizontal video. In fact, even if you fall down or waveyour arm in an arc, you’ll still be shooting horizontal video, rightside up.

This is undeniably cool.

Horizon works its Ninja balance skills by using the iPhone’s built-ingyroscope, keeping your video parallel to the ground. To get the lightof the world onto the camera’s sensor at the right size for allhorizontal video output, there’s some cropping and scaling that’sgoing on digitally behind the scenes.

What you see on your screen asyou record, though, is a horizontal square that can scale in size toreflect your current orientation. What’s this mean?

Effectively, if you shoot video in an upright mode, you’ll see acropped availability of subject matter when you compare it to astandard horizontal mode. This means you have to pay close attentionto how you frame your shot when holding the iPhone vertically — or, forexample, you might find yourself videoing someone’s torso and not asmiling face.

There is one major trade off with the Horizon app — you gain felineflexibility but lose video quality. While the output, even whencropped, is good enough for most every social situation, there is anoticeable shake or hiccup as you move your iPhone around. This bit ofmessiness is better than a vertical recording, of course, but not asgood as a standard horizontal recording.

In fact, in the promotional YouTube video for Horizon, if you lookclosely, you’ll notice this little hitch as the orientation shifts.

Depending on your iPhone model, you can record in full HDor drop the resolution down. If you like squares, you can record 1:1; or you canuse the default 16:9 orientation, or even record at 4:3.

There areeight filters you can record with if you so desire — and you can usegeotagging, too. For videographers who are smarter than your averagebear, Horizon includes an AF/AE lock.

All-in-all, Horizon is an excellent first stab at a seemingly obviousproblem. If the gyroscope-based corrections did not result in anyhitch on my iPhone 5, Horizon would become my go-to recording app.

Asit stands now, I’ll pay attention and test it out with future iPhones,hoping that either the processors will get more powerfully smooth — or a software update smooths the playback to seeming perfection.

MacNewsWorld columnist Chris Maxcer has been writing about the tech industry since the birth of the email newsletter, and he still remembers the clacking Mac keyboards from high school -- Apple's seed-planting strategy at work. While he enjoys elegant gear and sublime tech, there's something to be said for turning it all off -- or most of it -- to go outside. To catch him, take a "firstnamelastname" guess at WickedCoolBite.com.