We watch citizens overthrow governments and assume the same thing couldn’t happen here. But we have had one big civil war in the U.S., and several states — including California, where I live –have been talking about getting out of the U.S. for decades. What appears to keep us together isn’tthe political structure; I think you could argue the USSR’s was actually stronger, and it fell. It is theappearance that the government is representative. What if a majority, or even a massive minority,believed it wasn’t — much like what happened in the Civil War?

If you think about it, the same kind of event that caused the U.S. to exit the British Empire triggered the Civil War, and just because something hasn’t happened in a long while doesn’t mean it won’t happen in the future. Both the Tea Party and Occupy movements are border-line revolutionary, and had the people supporting the perception that Al Gore won the election against George Bush been able to get more popular support faster, we would have had what is likely a far more dramatic outcome.

Twitter is increasingly making people aware of things much sooner. In other countries, it has beenused to coordinate revolutions, and it could be used in much the same way here. I’ll lay out how I think it could happen.

I’ll end with my product of the week: the 2012 Jaguar XK-R that I drove and fell in love with a few days ago.

Cities and states are at or near bankruptcy, and they are cutting salaries and benefits while pushing through initiatives to raise taxes on their citizens. Many of these citizens have had their incomes cut, have had both their benefits and available retirement funds cut, and have lost massive amounts of money on the Facebook IPO (likely further delaying their retirement).

Law enforcement has been cut back sharply. Crime, including burglaries and violent crime, appears to be increasing, while infrastructure appears to be failing at an alarming rate. People appear to be buying guns and ammunition to protect themselves at impressive levels. For instance, in Oakland, a city near me, it seems that every night one or more people are shot either as victims of a crime or while committing one.

Folks appear to be increasingly looking to illicit ways to make ends meet — like selling drugs and, more likely, cheating on taxes. To address these problems, governments are cracking down on medical marijuana establishments, talking about more restrictions on gun ownership, and more aggressively auditing taxpayers.

Both the left and the right are fueling a sense of outrage and the perception of an out-of-control government. Both sides appear to have consensus on the message that government isn’t working, even though the arguments they’re using are different and each blames the other.

In short, there is a growing number of increasingly heavily armed people becoming convinced thattheir government is catastrophically flawed, and that the system itself — not just the people in it — is thecause. That would appear to be a formula for revolution, and key indicators appear to be drifting in that direction at the moment.

There is an extensive paper on the cause of the LA riots a few years back that argues the disenfranchisement of an ethnic group as the cause. I’m arguing that we now have a situation where it appears a much larger group is disenfranchised.

What Twitter does that is unique is that it puts no time between the concept of a news item and whatis published. News organizations are monitoring the service and increasingly appear to take the activityand person posting it as authoritative, even though accounts are often compromised or may not actually be owned by the person named in the service.

This suggests that a revolutionary group, hostile country, or terrorist group could relatively easily manufacture an event that could cause several large-scale riots — and if they controlled enough of the tweets, propagate them into revolution.

Law enforcement isn’t staffed to counter something like this. In fact, many police, who themselves have seen their salaries, benefits, and retirement plans cut, would likely identify with the effort and support it, given an adequate trigger.

The people rioting wouldn’t be watching their TVs and likely would be fueling each other as the policeand military organizations moved from non-lethal to lethal force to protect themselves and bystanders.

The agitators — or patriots, depending on whether or not they are successful — would blow each act outof proportion and use the news as the equivalent of pouring gasoline on the fire. At some point –likely early — the effort would become self-sustaining.

Now the government could shut down Twitter or even the entire Internet, and that did effectivelywork in Iran, but I’ll bet it moves very late to do that. Also, it might actually end up cutting offthe voice of more reasonable people at the same time, removing a critical social tool to stop the violence after it was no longer really fueling it.

Wrapping Up: Welcome to the New World Order

While I think the scenario I’m calling out is unlikely — otherwise, I’d have already moved to Belize –I don’t like the trend. And I really don’t like how easy it would be to manipulate a tool like Twitter tocause a trigger event to become either the cause for a riot or, less likely, the catalyst for a revolt.

Either eventuality would cost lives, damage property, and dramatically lower both your and mypersonal safety.

A very likely trigger event could be Twitter showcasing that one candidate won while the election process crowned the other president.

In short, the U.S. could end on another Bush/Gore event — or really anything that might piss off enough people in one place to the degree they would organize and go after local or federal government. Twitter, or a product like it, could be both the spark and the mechanism driving such a catastrophic event.

Suddenly November looks like a good time to go on vacation.

My second car was a 1968 Jaguar XK-E convertible in gray. It was a loss leader — cheapest car on the lot — and it was one of my all-time favorite cars. I wrecked it doing something stupid and later bought a 1964 coupe with 45 CFM side draft Webbers and a hot cam. It damn near broke me, and I could only afford it by working in a Jag shop.

Recently I picked up a used 2004 XK-R Coronado Blue convertible to revisit my youth, and I’m having a ball with it.

Jaguar was kind enough to send me to the Jaguar ALIVE experience, where I got to drive the current line of cars. After being reminded that Jaguar now follows only Lexus in customer satisfaction, I was allowed todrive XJ on the street and the XK-R on several tracks. You can see a video of my driving the 0-60 course here.

We also got to drive a moderate speed agility course and, fortunately, I got through it faster than mywife did — otherwise, I’d have been impossible to live with. 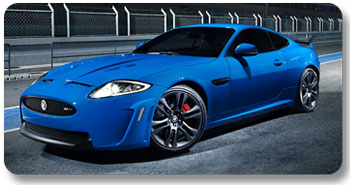 Of course the hottest Jaguar is the XK-RS, but don’t plan on buying one because it is sold out in theUnited States through the end of the year. The cars aren’t cheap; they come in at the bottom of thesupercar range, and the base XK convertible is US$90K. The XK-R (supercharged) is $103K, and the sold out XK-RS (550 engine hp) is just short of $140K. This is why I’ll likely wait for the coming F-Type which is expected to price much closer to $50K. It is due in 2013.

There really is nothing like a Jaguar to put a smile on your face, though, particularly with the top down, and they are rare enough that the cars will get people to look. These aren’t 911s or Boxters, Mustangs, or Camaros, which are all over the roads. You don’t see them often, and drivers often wave when they pass you.

I belong to the Jaguar Forum, and there is a group that is talking about why people bought theirJag. The common response goes like “was looking for a Porsche (or other similar car), saw the Jaguar in the lot and went for a test drive, fell in love, and never looked back.”

Long gone are the days of Lucas Electrics and problems, and if they were fun back then, imagine how much fun they are now with the problems gone. Even if you never buy one, you should put driving one on your bucket list just for the smile it gives you. Because it put a huge grin on my face, the 2012 XK-R is my product of the week.