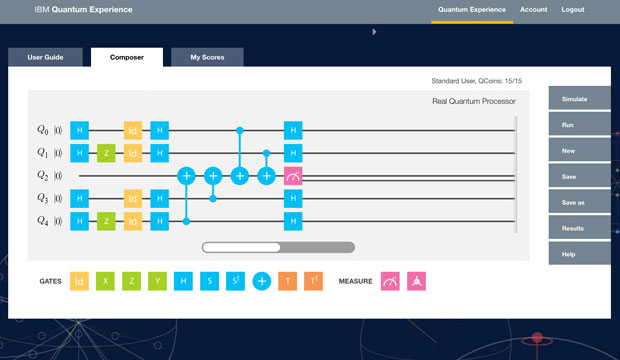 No, I’m not talking about that Quantum Leap. IBM just made a really interesting announcement in that it is enhancing its online quantum computer systems with a new API and improving its simulator so it can handle 20 qubits.

While listening to the prebriefing was a bit like pretending I was Penny trying to understand Sheldon Cooper on Big Bang Theory, I think this move does showcase yet another huge approaching computing wave that could eclipse the one we currently are trying desperately, but largely failing, to ride.

I’ll share some thoughts on quantum computing and close with my product of the week: the Arlo Security Camera system from Netgear, which has to be the best comprehensive home security system in the market.

Let me give you an example. With a regular computing system at a machine language level you have 1s and 0s — an element is one or the other. With quantum computing, an element is both at the same time. This is like someone asking if your new car is black or white, and you can answer “yes” and be completely accurate.

In the world we think we live in, two opposites aren’t the same thing. In the quantum world, they sort of are. The most sick — or fun — explanation for this is Schrodinger’s cat (here’s a TED video about it), which is about how a cat who died in a closed box exists as both living and dead until the box is opened. Schrodinger supposedly was so disturbed about his analysis that he decided to abandon quantum physics and take up biology. I’m guessing talking smack about cats forced a career change.

When we currently talk about parallel computing, we talk about taking a single program, breaking it up into parts, and then executing it to get around the limitations of Moore’s law and avoiding the need to have a processor in our computer running hotter than the core of the sun. That gives you speed without heat.

With quantum computing, things happen pretty much at the same time. Because elements can be both things at once, things basically can happen instantly — not sequentially –so the potential speed of solving a problem approaches instant.

The example of a practical application I was given years ago was decrypting the most secure data file. Traditional computing might take years, but true quantum computing only seconds (which would be required to interpret the results, not get them in the first place). Effectively, it should blow away any concept we have of speed.

The damn things even look weird, more like a cross between a traditional computer and something from the steampunk dimension.

It’s not just that it would be hard to understand a quantum computer — think what a nightmare it would be to program one or interface with the result.

Addressing these problems is what IBM’s announcement is about. To develop people who know how to program a quantum computer, you have to provide resources they can use to learn, because it isn’t like they can call up Best Buy and purchase one of these things.

You also have to come up with a way for traditional computers to interface with this new class of computers. Otherwise, you won’t be able to make use of the things until every computer is a quantum computer. So, IBM has given developers access to its quantum computer in the cloud and provided an API so that folks can connect the results of their work to traditional computers, along with an SDK (software development kit) so that developers can build something in the first place.

By the way, it strikes me that a working quantum computer could do some rather painful things. The bitcoin mining potential would be near unlimited if anyone were to breach the process to create massive artificial wealth. Anyone want to be a bitcoin billionaire? Let’s just say we really don’t want a hostile nation or criminal group to acquire one of these things and leave it at that.

The big one from my perspective is security, in that the only thing that likely can protect against a quantum hack would be some kind of quantum encryption system. Another thing unique to quantum computers is that you instantly can tell when data is observed, which means that if your information were compromised, you’d know immediately and could protect against the related incursion.

This is just the tip of the iceberg, though. With this kind of computing, artificial intelligence becomes a given. You could predict the future accurately, even with limited data sets. Curing cancer likely would be trivial –and only slightly easier than solving the riddle of immortality.

Defense, science, biology, physics, and psychology largely would become obsolete — and far more quickly than many folks now can imagine.

Wrapping Up: Quantum Computing Is Magic

To explain quantum computing, you either can try to go into more detail than I just did, like this professor does, or you can do what they should have done in the first place and just say “it runs on magic,” and it will solve problems that we literally aren’t able to imagine.

The reality is that we are coming very close to a massive change in computing power, and we really haven’t touched he edge of what we’ll be able to accomplish. What IBM announced is the creation of critical building blocks to get there.

Think of this as PCs in the early 80s, parallel processing in the early 90s, or virtual reality last decade. We are on the edge of glory.

I’ve been looking for a good video conferencing system ever since the ADT Pulse folks told me the solution they put on my house sucked (and they couldn’t update or replace it.)

You see, you typically have to run wires to the cameras and the lack of a power plug where you want to place a camera can be an issue. Or, if wireless, put up with reliability problems. Add to this the fact that actually capturing a video that you need can be iffy, and getting access to it can be a nightmare.

I picked up a Netgear Arlo Pro in the hope that it was as good as its hype — and you know what? It was. 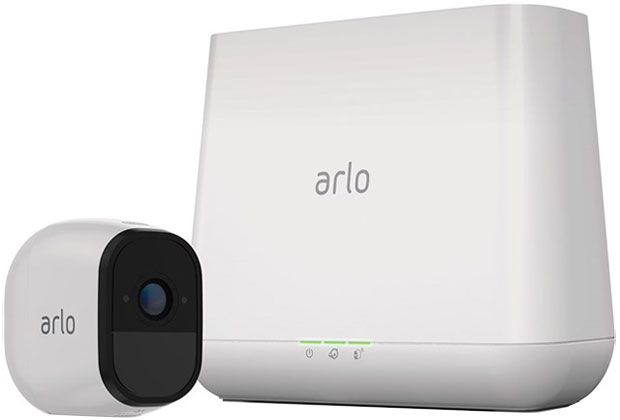 I’m now up to five cameras, and it comes with a free service that captures and saves the videos for a week. If you want more cameras or more time, you do have to pay an extra fee.

Setup is surprisingly easy, and the cameras run on batteries if you can’t plug them into power.

Battery life is the only limitation, and around every other week you’ll likely have to unsnap the cameras that aren’t physically plugged into power and recharge them. In use, when anyone walks in front of a camera it fires up and captures a clip, emailing you a link to watch.

It organizes the clips by day and gives you an image summary you can get to on the Web. This means when you are at work, traveling, or out for the night, you are still aware of what is going on at your house.

Also, if you hear a strange noise at night, rather than walking into a surprise, you can see what that noise is on your phone, avoiding a John Wick moment. I really don’t want a John Wick moment, so the Netgear Arlo Pro is my product of the week.

Rob Enderle has been an ECT News Network columnist since 2003. His areas of interest include AI, autonomous driving, drones, personal technology, emerging technology, regulation, litigation, M&E, and technology in politics. He has undergrad degrees in merchandising and manpower management, and an MBA in human resources, marketing and computer science. He is also a certified management accountant. Enderle currently is president and principal analyst of the Enderle Group. He formerly served as a senior research fellow at Giga Information Group and Forrester. Email Rob.