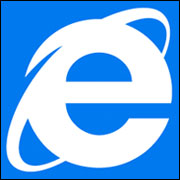 Using social engineering to distribute malware is a favorite of hackers. That’s because it unloads the burden of infecting a computer onto its operator. By duping an Internet innocent into making just one errant click, an online bandit can inflict a world of hurt.

Socially engineered malware attacks attempt to deceive a user into downloading malicious software, typically through a link to an infected website.

Since browsers play a key role in many SEM attacks, browser makers have built protections into their products to thwart them. The best protections against those attacks are built into Microsoft’s Internet Explorer, according to NSS Labs.

NSS does annual analyses of the effectiveness of browsers against phishing and SEM attacks. However, in this latest analysis, NSS Research Director Randy Abrams compared the firm’s previous analyses over time, from 2009 to 2013.

“The compilation shows that Microsoft improved their product earlier than others and has been at the top a lot longer,” Abrams told TechNewsworld.

The effectiveness of browsers against particular attacks varies. Internet Explorer beats all comers at foiling SEM attacks, but Chrome is better at foiling phishing attacks. Both Safari and Firefox are good at blocking phishing, but provide only negligible protection against SEM attacks, according to Abrams’ research.

SEM effectiveness is more important to most users than anti-phishing protection, he argued.

“Most phishing attacks do not work,” Abrams said. “If you get a phishing mail from Chase bank and you use Wells Fargo, you’re not going to be a victim.”

Both phishing and SEM use social engineering, he noted in his browser research analyses.

Spammers rarely miss an opportunity to take advantage of a high-profile news story to spread their scams, but they don’t seem too enthusiastic about piling on the woes experienced by HealthCare.gov.

However, there has been a bump of late in Medicare supplemental insurance spam. “We’re definitely seeing a rise in the number of spam and honeypot reports where the word Medicare is involved,” Mark Stemm, principal software engineer at Cloudmark, told TechNewsWorld.

“It does seem to be going up at about the same time as the exchanges for the Affordable Care Act have been opening up,” he added. “It seems suspiciously timed.”

Most of the spam message is an image, Stemm said. Clicking on the image will take a person to a website selling supplemental Medicare insurance.

However, the increase in Medicare spam may be purely coincidental. October is a big month for healthcare plan enrollments, so it’s a good time to push medical spam.

“As soon as open enrollment rolls around, we see every year Medicare spam go from nothing to tons for about 60 days,” Chet Wisniewski, a security advisor with Sophos, told TechNewsWorld.

However, very little spam mentioning Obamacare, HealthCare.com or the Affordable Care Act has turned up in Sophos’ spam traps.

“I saw a couple of hundred messages out of billions, and those messages might have been false positives,” Wisniewski noted.

“The spammers are probably spending their time trying to hack HealthCare.gov,” he quipped.

Part of the problem for spammers may be figuring out a way to monetize an Obamacare campaign. That’s not the case with Medicare junk mail, which allows spammers to collect a fee every time a policy is sold to someone who was referred to an insurer through their spam.

“It’s like a lamp to a moth for spammers,” Wisniewski said.