Instagram May Roll Out App for ‘Real Friends’ Sharing 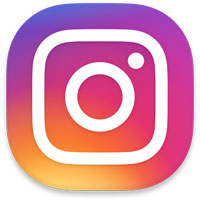 A new application may be in the works that allows Instagram users to share real-time information with their closest friends.

Called “Threads,” the app allows users to set up automatic sharing with their closest Instagram buddies of such information as location, movement and battery life, as well as text, video and photo messages generated using Instagram’s tools, The Verge reported Monday.

Once you choose to activate Threads, it will automatically alert people on your Instagram “close friends” list about your location, movements and more, The Verge noted. At the moment, the app displays only generic location information — such as “on the move” — but that could change in the future.

“Facebook has to walk a thin line when it comes to sharing information like location, even if this data is only seen by close friends,” said Michael Inouye, principal analyst at ABI Research, a technology advisory company headquartered in Oyster Bay, New York.

“On the one hand, Facebook can avoid potential issues if the location information is ambiguous like ‘John is on the go’ versus ‘John is at the grocery store’ or even more specifically ‘John is at Safeway,'” he told TechNewsWorld.

“But if the information is too generic, then it loses value,” Inouye continued. “Saying someone is ‘on the go’ doesn’t convey much information to the other side and if it isn’t deemed valuable enough, then users might lose interest.”

Brighter Side of Vague

There’s a positive side, though, to keeping location information vague.

“If this type of information becomes specific and detailed, then you run into the potential for users to be caught in lies and deception,” Inouye explained.

For example, a user might tell friends he’s too sick to hang out but if his location updates reveal he’s at a concert, then it could cause some problems.

A simple “on the go” message could cause similar issues, but a person feigning illness could claim to be “on the go” to fill a prescription.

“Ultimately Facebook is taking the right approach to start more generic and over time, as users get more accustomed to sharing this type of near real-time information, they could enable more specific details down the road,” Inouye said.

What Threads shares may not be its only problem.

“It is yet one more thing in a market increasingly awash with too many social networking apps,” said Rob Enderle, principal analyst at the Enderle Group, an advisory services firm in Bend, Oregon.

“Consumers are becoming overwhelmed with the number of social media apps they have to manage,” he told TechNewsWorld.

Messaging is at the core of Threads, which looks similar to the messaging product already in Instagram, The Verge reported. A central feed displays messages from friends. Buddies with a green dot by their name are currently active.

Updates to friends’ “stories” can be viewed from inside Threads. Photos and videos can be captured inside the app, too, and sent to friends.

It’s unclear when — or if — Facebook will release the app, The Verge noted.

Facebook this spring shut down Direct, a camera-first messaging app used to send Instagram direct messages. It mirrored functionality found in Instagram competitor Snapchat. Direct, however, was a standalone program, which annoyed users who didn’t want to keep bouncing in and out of Instagram to use Direct.

“Threads sounds like it’s bringing all of its features under one application,” he observed.

“Ease of use is paramount for these social networking applications because many individuals use these services quite often throughout the day so inefficiencies are accentuated,” Inouye explained.

Threads should provide Instagram users with more opportunities for real-time communication and sharing, he added.

A friend who knows you’re “on the move” during lunchtime can ask if you’d like to get together for a bite to eat. Meanwhile, that information can be shared with others who also might be interested in a lunch date.

“Tests and updates such as these are essential to maintain Facebook’s leadership in the market,” he said. “Facebook also needs apps like this to help bridge the divide to future use cases that will become far more reliant on real-time information, be it for dynamic advertising or augmented reality.”

“They are lagging Snapchat on engagement, and they don’t want another company to make inroads on their social media dominance,” he said.

Snapchat users have “real” friends in that community, which is why there is more engagement there, according to Enderle.

“That’s what Facebook is attempting to fix with Threads, but they still don’t get that this use is defined by behavior that must be changed through marketing,” he added. “Facebook doesn’t do marketing so it is doubtful this effort will be successful.”

If Facebook does roll out Threads, people should pause before using it, cautioned Attila Tomaschek, a data privacy advocate at ProPrivacy, an online privacy advisory firm in Bromborough, UK.

“Even if we think we are only sharing information with our friends and acquaintances online using these tools, all of that data is being pumped through and processed by the firm’s servers, and may not be as private as we hope,” Tomaschek noted.

“The question we should be asking ourselves is: ‘Why?'” Tomaschek continued. “The reality of the situation is that Facebook already holds more information about its users than should be shared with the service in the first place. Sharing any additional information — such as location, speed and battery life — is completely unnecessary and can only do more harm to the user than good.”