Intel Picks Up Its Mobile Pace 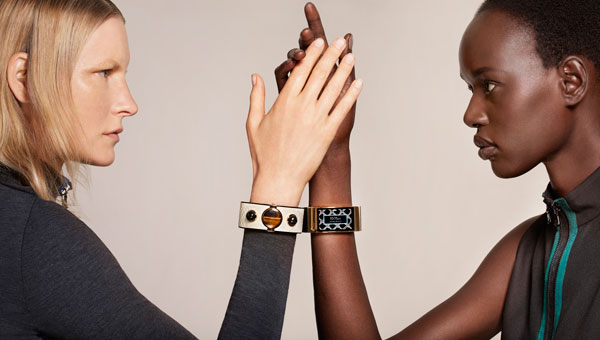 Intel on Tuesday made a mobile splash as it kicked off IDF 14, the Intel Developer Forum being held in San Francisco through Thursday.

It announced the commercial availability of Intel Edison, its postage stamp-sized System on a Chip, and of its second-generation Intel XMM 7260 and 7262 LTE modem. It also unveiled the MICA (My Intelligent Communication Accessory) bracelet — available exclusively on AT&T’s network (pictured above).

Other announcements include the Intel Reference Design for Android program for tablets and the A-Wear (Analytics for Wearables) developer program for creating new applications with data-driven intelligence.

Krzanich’s keynote showed “how the company is moving quickly to enable new market segments where everything is smart and connected,” Intel spokesperson Kathryn Gill told TechNewsWorld.

“I’ve been [covering the] Apple [event] but I actually think the Intel stuff was more interesting,” remarked Rob Enderle, principal analyst at the Enderle Group.

Putting on the A-Wear Ritz

The A-Wear developer program “will accelerate development and deployment of new wearable applications with data-driven intelligence,” Gill said. It offers an integrated developer environment that lets devs “focus on adding value rather than setting up and managing the complex infrastructure needed for Big Data analytics.”

The program provides access to Intel-developed algorithms and analytics tools, as well as Hadoop from Cloudera CDH, she noted.

It is deployed on a cloud infrastructure optimized for Intel architecture. The infrastructure includes an Intel-developed analytics application for processing and detecting changes in the data in real time.

Wearables – the Ghost in the Machine?

The problem with the wearables market is that although it has promise — it will hit US$70 billion by 2024, according to IDTechEx — nobody has a handle on it yet.

Still, “we’ve only seen the initial surge in this category,” Ezra Gottheil, a principal analyst at Technology Business Research, told TechNewsWorld. “There will yet be many opportunities to exploit the large portions of the market that Apple’s premium approach will leave open.”

The wearables market “is a significant opportunity that will develop over the next several years,” Intel’s Gill said. “We don’t think there will be one product, one design or one form factor that everyone gravitates to, and it will develop over time. The possibilities are endless, as we have shown recently with some of our designs and partnerships.”

Intel’s presentation at IDF was “in many ways more compelling than what Apple showcased [at its Tuesday event] because it was far more innovative and forward-looking,” Enderle told TechNewsWorld. “For instance, they showcased wireless charging and wireless high-speed gigabit networking for everything, and their watches were design- and not technology-focused.”

The Intel Tortoise and the Apple Hare

Intel arrived late to the mobile market, a fact the company’s own Chairman Andy Bryant has acknowledged.

That said, “the mobile devices business is going to be around for a long time, and there’s no reason that Intel cannot leverage its intellectual property, leadership in microelectronics manufacture, deep pockets and strong relationships to fight successfully for a share of this market,” TBR’s Gottheil remarked.

Intel-based mobile products are coming out under partners’ brands, and each “has a substantial amount of partner value-add,” Enderle said.

“This is going back to the good old days where Intel built the core technology components and the OEMs created well-designed products from them,” he recalled.

“What makes me comfortable with what Intel’s done this year is they’ve done everything they said they would do — and have exceeded that in scale or time line,” Jeff Orr, a senior practice director at ABI Research, told TechNewsWorld.

This year, Intel has “not only set goals, but identified obstacles and understood it needs to build relationships, provide reference designs and be proactive,” he observed. “This is not the old Intel any more.”