Intel this week released a new report showing some major improvements and continued challenges in its effort to achieve workforce diversity, and challenged rival companies to show their cards.

The report comes a year after Intel CEO Brian Krzanich pledged to make improvements amid a sea of criticism about the industry’s domination by young white males. He announced a plan to spend US$300 million to achieve certain goals in making Intel’s workforce more diverse, including reaching “full representation” in hiring by the year 2020. For Intel, that meant reaching 40 percent in diverse hiring, among other changes.

Intel exceeded its hiring goal by achieving 43.1 percent in diverse hiring, achieving 100 percent gender pay parity across the country, and reaching parity in retention of diverse employees, this week’s report shows. The company also made improvements in creating a diverse level of corporate management.

“First, and critically, we are absolutely resolute in our belief that diversity and inclusion are key to Intel’s evolution and driving forces for our continued relevancy and growth as a company,” noted Danielle Brown, chief diversity officer at Intel.

Although Intel made progress in some areas, the needle failed to move very far in others, according to the report.

Intel has created a top-down mandate to improve diversity at the company and challenged the rest of the technology industry not only to demonstrate some improvement, but also to increase the level of transparency about their efforts, noted Elizabeth Ames, vice president of strategic marketing and alliances at the Anita Borg Institute. However, much work remains to be done to achieve equal representation.

Intel certainly is walking the walk in terms of increasing diversity at the company, observed Susan Schreiner, an analyst at C4 Trends.

“It looks like its investment of $300 million towards that end is showing promise, based on the narrowing of it workforce male-to-female representation, improved supply chain diversity, and efforts to deter harassment of female gamers,” she told the E-Commerce Times.

However, awarding Intel any pats on the back for its efforts may be premature.

Many of today’s technology leaders came from the same inner circle of elite schools and networks, he told the E-Commerce Times.

“Many Silicon Valley companies in the 70s and 80s were birthed by entrepreneurs from a limited number of colleges,” Settles pointed out. They “recruited their good friends to be part of their respective inner circles, and those deemed worthy of venture capital funds had VCs fill out their inner circle ranks. The old boy force was strong.”

As the industry evolved, it reflected the fact that the leadership in many of those companies was cut from the same cloth, he said, and without changing the culture of C-level executives and high-level managers, the industry will continue to face the same issues going forward. 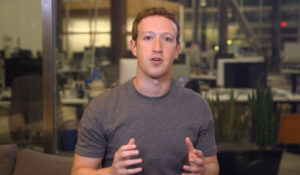 Zuckerberg Resolves to Invent, Encourages Girls to Invent Too 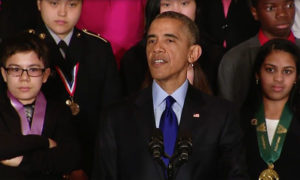