Iron-Eating Bacteria: Coming Soon to a Hard Drive Near You? 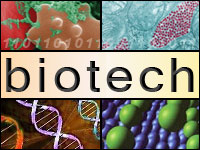 Today’s hard drives may be smaller, faster, cheaper and more capacious than their predecessors, but the need for ever-tinier components is making it difficult to keep improving them.

Therein lies at least part of the motivation behind biocomputing — in which microscopic biological molecules are being recruited to play a role — and recently scientists have identified a fresh new possibility in this area.

“Biology has had millennia to experiment through evolution and has developed proteins which are nanoscale factories,” each with specific functions and purposes, Sarah Staniland, a lecturer in bionanoscience at the University of Leeds’ School of Physics and Astronomy, told TechNewsWorld.

“We can use this to our advantage and let biology build more precise nanoscale materials and nanotechnologies for us,” added Staniland, who is a coauthor on the paper introducing the discovery in the journal Small.

At the heart of the innovation is the bacterium Magnetospirillum magneticum, an aquatic organism that’s notable in particular for its ability to orient itself according to Earth’s magnetic field.

When the bacterium “eats” iron, it produces magnetite, or tiny magnets within itself. Those magnets, in turn, can form a magnetic surface much like what’s used in a traditional hard drive.

Leeds researchers have taken the protein Magnetospirillum magneticum uses to create perfect nanocrystals of magnetite within itself and then attached that protein to a gold surface in a checkerboard pattern; the result is then placed in a solution containing iron. 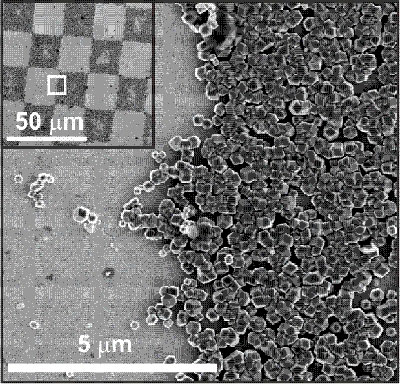 At a temperature of 80 degrees C, consistently sized crystals of magnetite form on the sections of the surface covered by the protein, much the way they do inside the bacterium.

“Although there are past examples of using proteins and peptides to form nanomaterials and pattern surfaces, this sort of research is in its infancy” and has primarily been in the field of synthetic biology, Staniland noted.

The team is now working to reduce the size of these islands of magnets in order to make arrays of single nanomagnets. Ultimately, they hope that each of these nanomagnets can hold one bit of information and be used to create better hard drives.

Working in partnership with the University of Leeds, meanwhile, a team including Masayoshi Tanaka at the Tokyo University of Agriculture and Technology has used a different protein to create tiny electrical “nanowires” made of particles of copper indium sulphide and zinc sulphide that glow and conduct electricity and are encased by fat molecules. 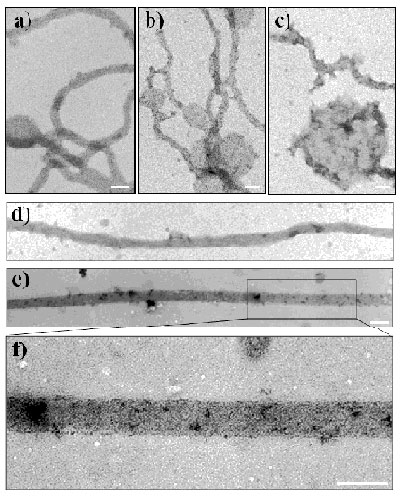 “It is possible to tune these biological wires to have a particular electrical resistance,” Tanaka explained. “In the future, they could be grown connected to other components as part of an entirely biological computer.”

Ultimately, “our aim is to develop a toolkit of proteins and chemicals which could be used to grow computer components from scratch,” Staniland added.

How far afield is all of this?

“My aim is that it will have bit-patterned arrays in the next five years, with realization in the next 10 years,” Staniland said.

Of course, “nothing in science at the research stage is a certainty,” she added.

‘Quality Control Will Be Tough’

Indeed, “the idea is intriguing, but a lot of engineering lies between these experiments and a cost-effective manufacturing capability,” Roger Kay, founder and president of Endpoint Technologies, told TechNewsWorld.

“Quality control will be tough, as will cost,” Kay added.

“Meanwhile, traditional techniques are evolving so that 4-5nm processes are within reach inside 10 years,” Kay pointed out. “Scientists should continue working on this technique, but I’ll keep my money on the current line of semiconductor development for now.”

“They’re estimating that they could achieve a data density of up to 8 terabits per square inch, which is two and a half or two and a third times the absolute maximum data density that anybody’s come up with at this point,” King explained.

Hard drive maker Seagate, for instance, has achieved only 3.5 terabits per square inch so far, he pointed out.

‘A Handful of Pond Scum’

In any case, “something we’ve been hearing about for the last couple years is big data and an explosion in the need for data storage, which is growing at roughly 40 percent per year,” King said. “How businesses are going to be able to support that kind of growth with current technologies is hard to imagine.”

So, “any kind of dramatic increase in data density or reduction in the size of magnetic disks can potentially lead to smaller form factors and the ability to support this growth,” he suggested.

All in all, “it’s a great example of finding innovation where you look for it,” King concluded. “Sometimes it takes a billion dollar research lab, sometimes a handful of pond scum.”

Katherine Noyes has been covering business and technology for more decades than she cares to admit, but all those years watching Star Trek and Dr. Who left too big an impression to ignore. You can find her on Google+ andTwitter.