Rumors have been flying wildly since Facebook sent out a press invitation for an announcementNov. 15 in San Francisco. At 10 a.m. on Monday, Facebookrepresentatives — perhaps CEO Mark Zuckerberg himself — are expected to announce somethingbig in conjunction with the Web 2.0 Summit. Zuckerberg is scheduled to speak the next day at theconference, so he’ll be handy.

It appears most chips have been placed on the bet that Facebook will announce a full-fledged email service designed to poke Google directly in the eye. TechCrunch says they have it from inside sources that Facebook internally refers to its maybe-soon-to-be-debuted email program as “Gmail killer.”

The flyer that announcing Monday’s event hints at mail all over, from its post office border to itsspeech windows.

If Facebook is going after Google’s very successful Gmail, it will be just the latest blowacross its rival’s deck. The two companies have been lobbing bombs back and forth for years.The battle intensified this week when Google blockaded Facebook users from uploading Gmaildata to their pages — then Facebook found a way around the blockade.

Meanwhile, Google has been stalking the perimeter of the social networking world. WhileGoogle’s Buzz ran aground as a social networking effort, Google is certainly not dead in themarket. The company keeps acquiring social networking game companies. E-Commerce Timescontacted Google for this story but didn’t hear back before press time.

As for Facebook, until Monday, the company is holding its cards close to the vest. “We don’t commenton speculation around future products,” Elizabeth Linder, head of international communications andpublic policy at Facebook, told the E-Commerce Times.

The boundaries between terrains in the online world are blurry. If an Internet search companylike Google can move into operating systems for mobile phones, why wouldn’t a socialnetworking company dip into email? “These Internet companies are all playing in one another’sbackyards. It’s completely reasonable for Facebook to get into email,” Charles King, principalanalyst at Pund-IT, told the E-Commerce Times. “While Google is a major target, Facebook’smove to email could have an impact on portals, Internet service providers and wireless serviceproviders who have a big footprint in email.”

There could be more than one surprise when Facebook opens the meeting on Monday. “Withthis planned announcement on Monday, I’d keep an eye on who ends up being on the stage withFacebook as a partner in crime,” said King. “Everybody wants to be friends with Facebook.After all, Facebook has half a billion friends.”

If GM started making motorcycles, we would all shake our heads in despair. Facebook entering the email world may not be such a big stretch. “Whenever a company moves into another company’s business — like a social networking company moving into email — I would usually try to pooh-pooh it. It’s usually an exercise in futility,” Giovanni Gallucci, a consultant on social media for You+Dallas, told the E-Commerce Times. “But you have to take Facebook seriously.”

Google has moved in wildly divergent directions in recent years. Many have been successful.The company, though, has not quite found its way to make social networking click. “Google hasconsistently tried with social networking. They buy tools and people just don’t care. Or Google buys itand leaves it on the shelf,” said Gallucci. “Google has a shoddy record at trying to move into Facebook’s backyard. But Facebook will probably do great with email.”

Email is its own form of social networking. That being the case, Facebook may not be in someone else’s backyard at all.

“Facebook’s primary function is to help people communicate with each other, so Facebook has a brand that will allow it to participate in a Facebook email program,” said Gallucci. “Facebook is a real threat to Google. Facebook has Google in its cross hairs more than anybody else, and I would put my money on Facebook being crazy successful at email.” 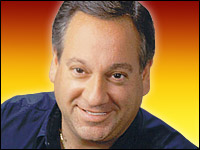 Trouble at Clearwire Could Spell Trouble for Others