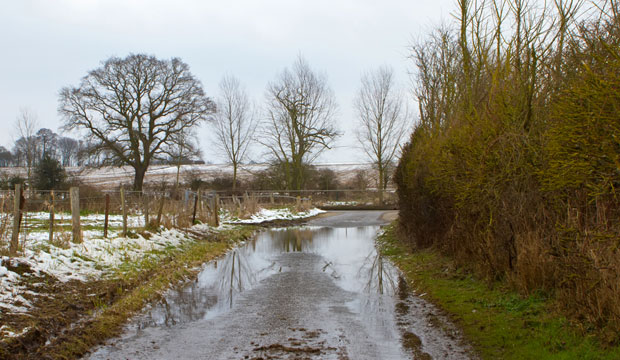 It’s mud season here in New England — that time of year when everything merges into an amorphous mess. The gray sky merges with a gray landscape made into slop by continual rains and dirty gray melting snow. It’s hard to tell where one thing ends and another begins. Eventually the sun comes out and dries everything, the sky becomes distinct from the horizon, plants bloom from the firming ground, and order is restored. What better time for Amazon and Salesforce to announce another partnership?

I have to say I read the companies’ announcement and associated news articles several times in order to separate things, because I was confused. Amazon Connect and Salesforce Einstein will work together to provide an intelligent service offering to Amazon’s service customers, according to the companies. OK, I get it — but why?

Amazon has been climbing the value chain in cloud computing for some time. The Infrastructure as a Service offering from Amazon Web Services has enabled legions of businesses to ditch the computer room and run their operations in the cloud.

Additionally, the company ate its own dog food by building a customer service cloud offering that not only supports its internal needs but also supports third-party customers. Among the most recognizable are GE Appliances, Bandwidth and AnswerConnect.

Amazon has other CRM components, as well as relationships with Zoho, Zendesk, Freshdesk and others. Its latest move pairs Salesforce’s Einstein artificial intelligence tool with AWS Connect to produce a savvier version of Connect.

There are other integrations of multiple solutions across product lines, and there will be more. For example, both Salesforce and Amazon have IoT offerings, and we can expect more news on them in the near future, I think. Still, there’s a part that I still don’t get — a part that makes me think of mud season.

Historically, Amazon has pushed into new industries and markets with economies of scale — its ability to deliver something at lower cost than others in the space and consolidate market power. AWS was and is a great case in point.

Unfortunately, the strategy is also one of accelerating commoditization, in which only a few survive. The trend is to make a living on razor-thin margins and, once the market is consolidated, reduce innovation. I understand commoditization — it’s a facet of capitalism. However, innovation has to have a place too.

That’s why I see mud everywhere. Can a company that started as a retailer spin off so many tangential businesses and continue to dominate all of them? Can CRM dissolve into a Salesforce-Oracle-Microsoft-SAP-Zoho and now Amazon soup of similar offerings and still offer differentiation?

Going With the Innovation Flow

My cautious answer is yes — and not because of anything that Amazon is doing, but because Salesforce is in the mix. Salesforce has a smart and notoriously short attention span with which it innovates a new idea. Just as the rest of the market picks up on it, Salesforce moves on to another object that it shines up and spotlights.

Salesforce did that with social, mobile, IoT and analytics, and it’s doing it now with its artificial intelligence offering, Einstein. With this strategy, Einstein could end up powering a lot of customer-facing solutions in service, sales and marketing.

This approach seems to be what Salesforce needs right now. As it is nearing US$10 billion in revenue, it is also reaching a ceiling on what it can sell by itself, I think. Truth be told, it has been in this spot for some time. Selling through partners does two important things: It greatly enlarges the number and quality of its revenue streams; and it leaves Salesforce more or less free to do what it does best.

Salesforce rapidly has become the innovation engine of the industry. Its ideas drive markets, and its technology is in many cases first among equals. (Check out the Magic Quadrants — I am not making this up.) As long as it can maintain this position as the high-value innovator through core technologies like its Salesforce1 Platform, Salesforce can be the exact opposite of Amazon.

Where Amazon goes for the low-cost commodity position, Salesforce captures the high-margin ground of innovation.

Is that a sustainable business model? Ask Thomas Edison.

Denis Pombriant is a well-known CRM industry researcher, strategist, writer and speaker. His new book, You Can't Buy Customer Loyalty, But You Can Earn It, is now available on Amazon. His 2015 book, Solve for the Customer, is also available there. He can be reached at denis.pombriant@beagleresearch.com.

Why CRM Just Keeps on Ticking