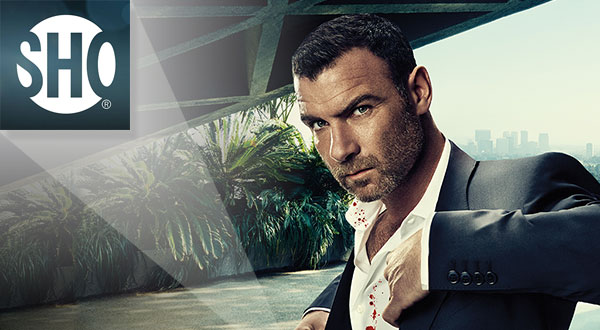 CBS-owned pay-TV service Showtime on Monday announced that it will make its standalone streaming service available on Roku players and Roku TV models, as well as via Sony’s PlayStation Vue, for US$10.99 per month. The service will be accessible through those channels in July — coinciding with the season premieres of Ray Donovan and Masters of Sex, which are slated to air on July 12.

The announcement follows last week’s news that Showtime would be offering its streaming service as a standalone option via the Internet. With Apple as its first partner, the Internet service also is scheduled to become available in July, via the iPhone, iPad, iPod touch and Apple TV, for $10.99 per month.

All of the streaming options will provide live broadcasts of Showtime’s East and West Coast feeds, as well as unlimited on-demand access to every season of the network’s original series, and hundreds of movies, documentaries and sports programs.

“Across CBS, we are constantly finding new ways to monetize our programming by capitalizing on opportunities presented by technology,” he added. “This works best when you have outstanding premium content — like we do at Showtime — and when you have a terrific partner like Apple — which continues to innovate and build upon its loyal customer base.”

As a premium pay-TV channel, Showtime has been available only through cable and satellite providers. These new options could appeal to the growing number of cord cutters.

Showtime’s move also follows rival HBO’s launch in April of a streaming service for Apple devices, dubbed “HBO Now.” The HBO service soon will be available for Android and Chromecast devices as well.

“Apple is quickly separating itself from the field as the platform of choice for premium services,” said Joel Espelien, senior analyst at The Diffusion Group.

“As we saw with mobile phones, it’s not just about market share,” he told the E-Commerce Times. “Android has more phones out there than Apple — by a wide margin — but the Apple App Store has proven to be substantially more effective with respect to monetization. From all accounts, this pattern seems to be transferring to Apple TV. HBO seems very happy with the results thus far. Showtime obviously wants the same.”

Showtime for the Cord Cutters

The CBS play is clearly an effort to lure the increasing number of cord cutters and so-called “cord nevers” who simply don’t want to pay for cable- or satellite-TV services.

Because fewer households are subscribing to cable or satellite TV, “this move is largely inevitable,” said Erik Brannon, senior analyst for U.S. Television at IHS.

“After HBO launched its HBO Now service earlier this year, we predicted that Showtime would follow suit, and now it has happened,” he told the E-Commerce Times. “If I’m CBS, I’m going to think about a way to grow subscriber base, and the logical step is through the Internet.”

Beyond reaching a potential new audience, CBS also can reap greater rewards by going directly to viewers with an over-the-top, or OTT, offering.

“There are potentially 20 million households that could subscribe to Showtime’s streaming service,” said Brannon.

“We have to think about the relationship that Showtime has with pay-TV operators,” he noted, “as it currently gives half the fees that are charged to the likes of Comcast, Time Warner or DirecTV.”

The real incentive for Showtime is that by offering an OTT service, it won’t have to share so much money.

“Showtime could see roughly double the revenue” in the absence of a revenue-sharing deal, Brannon said.

“However, Showtime isn’t likely to [anger] their traditional partners, as this service likely won’t entice that many people to cut the cord,” he observed. “This is very much a play to go after those cord-cutters and cord-nevers and make more money in the process.”