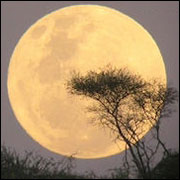 Despite having been declared dead, China’s moon rover is showing signs of life. After two weeks of gloomy silence, the Jade Rabbit appears to be up and running again. 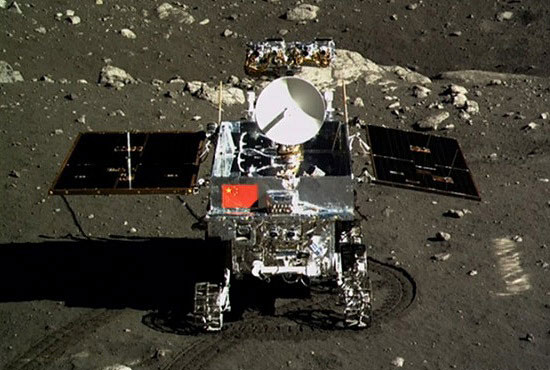 The country’s first lunar rover had lost communication with mission control following technical malfunctions, according to state media, but the rover reportedly is now “fully awake” and receiving signals as normal.

The news of Jade Rabbit’s revival follows an earlier Chinese state media report that it could not be restored to full functionality. The sudden re-emergence of its communications systems gives supporters hope that the rover can continue the planned three-month mission of scouring the lunar surface for potential resources.

The Jade Rabbit went into hibernation mode following some malfunctions, and China’s mission control team worried it would fail to survive the frigid moon night, which lasts 14 Earth days. However, “Yutu,” as the rover is known in Mandarin, has awakened, Pei Zhaoyu, spokesperson for the lunar program, told Xinhua.

While the rover has an abnormality with its mechanical controls, there is a chance Jade Rabbit can be rescued while it is responding to communications, Pei explained. The technical team is investigating the problem and working on a repair plan.

China launched the rover in early December and it landed on the moon several days later.

‘Is Anyone Out There?’

As with NASA rovers, Jade Rabbit was anthropomorphized after being given its own voice on the Chinese social network Sina Weibo, where it has more than 300,000 followers.

“Is anyone out there?” Jade Rabbit asked Thursday morning, triggering celebrations among the rover’s followers.

“I think that most of the excitement about this mission stems from the fact that there hasn’t been a soft lunar landing since 1976 (by the Soviet Union),” said Mario Livio, Ph.D., senior astrophysicist at the Space Telescope Science Institute.

“Undoubtedly, this is an impressive technological achievement, given that China is only the third nation (following the United States and the Soviet Union) to accomplish such a landing,” he told TechNewsWorld.

“It’s an interesting mission, and it’s [China’s] first moon mission, so there’s been a lot of press about it,” said Paul Spudis, Ph.D., senior staff scientist at the Lunar and Planetary Institute.

“I think people have kind of latched onto it emotionally. They’ve mythologized it and soft of given it an animate form,” he told TechNewsWorld. “Scientifically, a lot of lunar scientists are interested in it because it’s going to a new place on the moon we haven’t been to before.”

By “talking” to fans through Sina Weibo, Jade Rabbit is following in the footsteps of NASA’s Curiosity rover, which is sending alerts, news, and photographs from the surface of Mars, albeit with the aid of human helpers back on Earth.

“The awakening of the rover from what appeared to be a fatal malfunction added to the sense of drama of this mission,” STSI’s Livio said.

“It reminded me of the first servicing mission of the Hubble Space Telescope, in which corrective optics repaired the original flaw in Hubble’s mirror,” he recalled.

“There is no question that the success of landing Yutu will play an important role in the Chinese space program,” Livio added.

“If I’m not mistaken, there was some concern that the landing (which raises plumes of dust) may skew some NASA measurements of the dust environment on the Moon,” he noted.

“Landing on the moon is a very difficult thing to do. In principle, it’s easy to figure out how to do it. You approach at a certain speed and you burn the rockets for a certain length of time, and you very carefully sit down on the surface — but to pull off a soft landing is quite a feat. What they’ve shown by this mission is a fairly high degree of sophistication, of spacefaring capabilities. For them, I think it was a major step forward.”