Just How Green Is the Bloom Box? 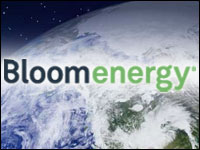 With all the hype surrounding Bloom Energy’s newly launched Bloom Box, it may be tempting to view the new device as a cure-all for the world’s energy concerns.

After all, the promise of an on-site power source that can provide homes with reliable clean energy at an affordable price seems like nothing short of a panacea.

Just how affordable the devices will really be has already been questioned. In addition, given the Bloom Box’s use of natural gas and biofuels, it’s not entirely clear how clean or green it will be in the long term.

Nevertheless, “we are now entering a period of constrained energy resource markets and concern about greenhouse-gas emissions, so it is important to insure that the output from any technology be used as efficiently as possible — even the Bloom Box,” Elliott added.

Accordingly, neither this technology nor that of any other generation should be viewed “as a panacea that will allow profligate use of electricity into the future,” he warned.

Because biofuels are inherently constrained locationally, they are likely to meet only a portion of a community’s energy needs, Elliott pointed out. “Centralized production of biofuels for electric power generation is unlikely to prove economically or environmentally acceptable.”

Where technologies such as solid oxide fuel cells — like that in the Bloom Box — come in is in their ability to use untreated biogas from digesters that are supplied with agricultural, manufacturing or municipal wastes, “thus addressing a water quality issue while producing a useful output,” he explained.

While the numerous demonstrations of such technologies at wastewater treatment facilities have been promising so far, however, “they have all encountered operating reliability and membrane life issues that have resulted in their discontinuation,” Elliott added. “I certainly hope that Bloom has been able to address these past challenges with their new design.”

Whether Bloom Energy will be able to get enough biogas from sustainable sources is a “big if,” Ralph Cavanagh, codirector of the energy program with the Natural Resources Defense Council, told TechNewsWorld.

Success, then, will depend on finding enough sustainable sources, and also on whether “the specs driving the initial units can be realized in the field over years of operation,” Cavanagh noted.

The question of the Bloom Box’s efficiency is another one that hasn’t yet been adequately specified, Elliott asserted.

“While solid oxide fuel cells can have a very high efficiency compared to conventional electric power generation technologies, their total efficiency can be significantly lower than conventional, natural-based combined heat and power systems,” he pointed out.

Still, the Bloom Box “appears to be a well thought-out solid oxide fuel cell in a modular package,” he concluded.

Indeed, one feature of the Bloom Box that is particularly appealing is its ability to shift swiftly from power-generation mode to power-storage mode, Cavanagh noted.

“If the grid needs it to make fuel instead of electricity, it can do that,” he explained. “If you have a grid that’s trying to integrate more wind and solar, the Bloom Box could convert into storage mode.”

In that way, the device promises to help integrate renewable energies as well as offering a low- or zero-emissions source in its own right, Cavanagh said.

For that reason, it should be viewed as an enhancement to — not a replacement for — the power grid, he added. “If properly deployed, it could make the grid more resilient and reduce the likelihood of power interruptions,” he pointed out.

Ultimately, “anyone who cares about the environmental consequences of power generation has a rooting interest in technologies like this,” Cavanagh concluded. “If it performs as advertised, it’s a very good thing.”