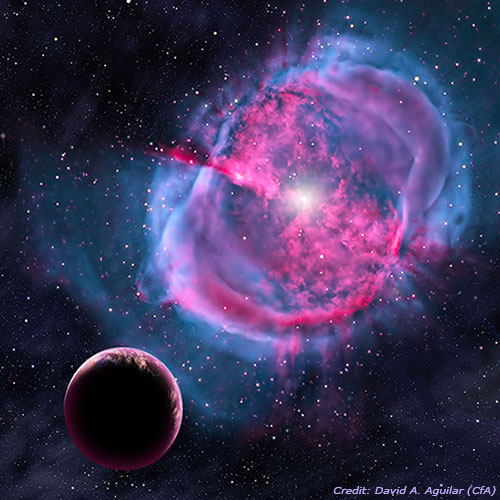 Astronomers on Tuesday announced the discovery of eight new potentially habitable planets beyond our solar system, including two that are the most similar to Earth of any discovered so far.

First identified by NASA’s Kepler mission, all eight of the planets are located in their distant suns’ “habitable zone,” or the region where liquid water might exist on the surface of an orbiting planet. Only two of them, however, are likely made of rock, like Earth.

The new candidates have been added to NASA Kepler’s “Hall of Fame” of small, promising habitable-zone planets. 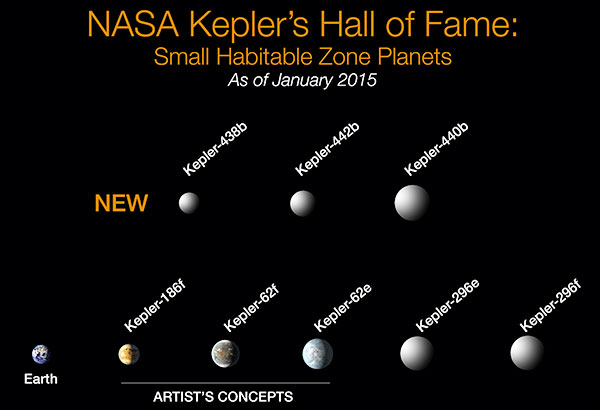 A paper reporting the news has been accepted for publication in The Astrophysical Journal.

Both Kepler-438b and Kepler-442b orbit red dwarf stars that are smaller and cooler than our sun.

Kepler-438b circles its star every 35 days and receives about 40 percent more light than Earth; it’s estimated to have a 70 percent chance of being in the habitable zone of its star.

Kepler-442b completes one orbit every 112 days and gets about two-thirds as much light as Earth. The scientists give it a 97 percent chance of being in the habitable zone.

“We don’t know for sure whether any of the planets in our sample are truly habitable,” said David Kipping, an astronomer at the Harvard-Smithsonian Center for Astrophysics and second author on the paper. “All we can say is that they’re promising candidates.”

Previously, the two most Earth-like planets known were Kepler-186f, which is 1.1 times the size of Earth, and Kepler-62f, which is 1.4 times as big.

“What we can tell with the Kepler data is how big the planet is, how long its year is and how much energy it receives from its sun,” said Douglas Caldwell, Kepler instrument scientist at the SETI Institute and an author on the paper.

That energy measure doesn’t necessarily translate into a guaranteed temperature range, though, because of atmospheric variations, Caldwell told TechNewsWorld.

If a planet is like Venus, with a dense atmosphere, for instance, it could be much hotter than expected — “or, if it has no atmosphere at all, it could be very cold,” he explained.

Scientifically, however, “the important result is not just that we’re getting planets that are closing in on an Earth twin, but that we’re finding a range of planets out there and filling in a neighborhood of things like Earth,” he pointed out. “We’re starting to understand more about the population of planets that could possibly be habitable.”

The addition of eight new confirmed planets brings the total number identified by NASA’s Kepler Space Telescope to 1,000. Kepler has monitored more than 150,000 stars beyond our solar system as part of its search for Earth-size habitable zone worlds around sun-like stars.

“The Kepler mission was designed to establish the statistics of Earth-like planets and continues to show that planets that reside within their star’s habitable zone and are Earth-sized are not rare,” said William Newman, a professor in the departments of earth, planetary and space sciences, physics & astronomy, and mathematics at UCLA.

“From our understanding of the processes wherein comparable-size planets form, they are likely to be similar in bulk composition — i.e. rock and ice,” he told TechNewsWorld.

“Furthermore, by residing inside the habitable zone, it is likely that they have an atmosphere, although the composition of the atmosphere cannot be immediately determined,” Newman explained. “As more of these discoveries are made, we will come to realize that the potential for Earth-like abodes harboring life is very real.”

Though there can be some further study of these promising planets, the fact that they orbit “fairly faint stars” makes it difficult to get much more information about them, Caldwell said.

Rather, the primary focus will be on understanding the population of such planets as a whole.

The Kepler Space Telescope can see planets only when they pass in front of their stars, so it’s likely there are plenty that have not yet been detected. Much future work will focus on extrapolating from those that do get seen to develop an estimate of how many there actually are, Caldwell explained.

Looking ahead, NASA’s Kepler mission just released its next catalog of candidate planets, and there may be even more promising news to come.

“Some are getting even closer to Earth twins,” said Caldwell.

All that remains is for scientists to confirm that they are truly planets. Kepler can be fooled by binary stars, or two stars orbiting each other, for example.

“The good news is, we’re pretty confident that for the candidates of these smallish planets, the fraction of candidates that have turned out to be real has been high, on the order of 90 percent,” Caldwell added.

Scientific Revolution in the Making

“The discovery of more nearly-Earth-size planets in the habitable zones of their parent stars takes us another important step forward in the search for extrasolar life,” said Mario Livio, senior astrophysicist with the Space Telescope Science Institute.

“We now realize that there are billions of habitable planets in our Milky Way galaxy,” he told TechNewsWorld.

The next step will be “to characterize the atmospheres of such planets in an attempt to identify biosignatures — compositional and thermochemical imprints that could have been created only by living organisms,” Livio explained.

“Given that the existence of life on Earth has remained our last bastion for being special,” he added, “the eventual detection of extrasolar life — or the evidence that it is extremely rare — would constitute a true scientific revolution.” 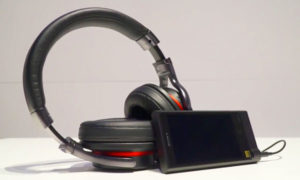