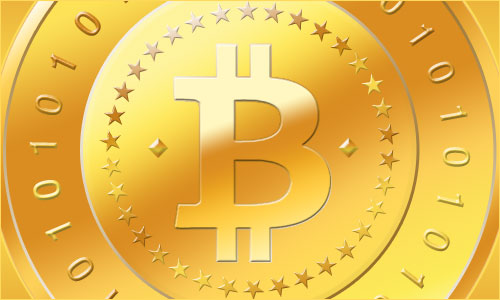 The European Union’s Court of Justice on Thursday ruled that bitcoin, the virtual payment system that has shown promise and potential as an emerging currency, should be considered exempt from Value Added Tax (VAT) under existing law.

Swedish national David Hedqvist sought a ruling from the Swedish Revenue Law Commission to determine whether bitcoin should be subject to VAT. However, the Skatteverket, which is the Swedish Tax Authority, appealed the decision to the Hogsta forvaltningsdomstolen, Sweden’s Supreme Administrative Court.

The court ruled in favor of Hedqvist, determining that bitcoin transactions were exempt from VAT. Those transactions concerned “currency, bank notes and coins used as legal tender,” according to the ruling.

“The decision essentially places bitcoin next to any other type of foreign currency in the eyes of the regulators,” said Ben Kneiff, senior analyst at the Aite Group. “It creates an interesting regulatory and legal effect for cryptocurrencies in general — if bitcoin counts like any other foreign currency, then any other cryptocurrency or virtual currency should probably be treated the same way.”

The decision will lower the bar for many of the newer companies and applications that use the virtual currency, allowing them to operate in a more profitable environment, Knieff added.

“This could go a long way in expanding the bitcoin ecosystem, as firms and consumers can understand where they stand from a tax position, which was very cloudy,” he told the E-Commerce Times.

The European Banking Authority is making a limited assessment of the impact the ruling will have on transactions going forward.

“The EBA’s assessment would therefore focus on, and be limited to, the implications of the ruling on the extent to which so-called virtual currencies would be subject to the provisions in any of the EU Directives on financial services that fall into the EBA’s scope of action,” EBA spokesperson Franca Rosa Congiu told the E-Commerce Times. “For the same reason, EBA would also not speculate on what, if any, impact the ruling may have on trading activities in bitcoins or other virtual currencies.”

One widespread concern regarding bitcoin and other digital currencies is that cybercriminals and others could conduct transactions across various national borders without leaving a digital footprint.

Other analysts however did weigh in on Although the EU ruling could give bitcoin trading a definitive boost in the short term, there might be larger impediments to long-term adoption of the technology.

“Bitcoin is currently fulfilling a need to have faster, cheaper and unemcumbered transactions among its user base,” said Brendon Miller, principal analyst at Forrester Research. “The decentralized nature of bitcoin’s distributed ledger framework is its greatest asset in the present, but its greatest liability for long-term viability. “

The lack of a central regulatory authority over bitcoin makes it less expensive, and thus enticing for many, Miller added, but the very lack of a central authority means that it will not gain the trust of large financial institutions to participate in the service.

“Bitcoin will most likely stay a niche player in the payments market,” he told the E-Commerce Times, “but the innovation that is rising up around it, particularly with the blockchain, will have applicability into the greater payments and commerce ecosystem.”

Blockchain is a distributed ledger system that is designed to verify transactions using the bitcoin system.