Kindle Fire Users to Get Pennies From Heaven

Amazon announced Wednesday that it will be offering a virtual currency, called “Amazon Coins,” for purchasing apps, games and in-app items on Kindle Fire. The new currency will become available in the U.S. this May. At launch, Amazon plans to give Kindle Fire users tens of millions of dollars’ worth of free Amazon Coins to spend on apps in the Amazon Appstore. 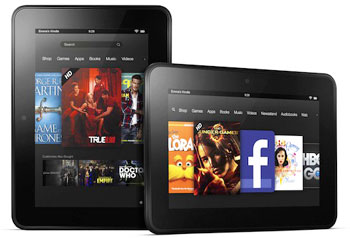 Amazon will share revenue with developers in a 70-30 split, with 70 percent going to developers. One Amazon Coin will equal 1 US cent, so if an app cost $2.99, for example, it would require 299 Amazon Coins. Once a user purchased the app using Amazon Coins, Amazon would pay the developer $2.01.

Developers who already sell apps in the Appstore are set to go with Coins; new developers must submit their apps by April 25 in order to participate in the launch.

An Amazon spokesperson was not immediately available to provide further details.

The move will encourage activity and spending in the Kindle ecosystem, if the use of virtual currency on Facebook is any indication.

Granted, Facebook’s environment is far better suited to social gaming, which is where much of its virtual currency is spent. Still, Amazon and its developers can expect some kind of windfall, Nathaniel Borenstein, chief scientist at Mimecast, told the E-Commerce Times.

“A company that produces its own currency can more or less mint money — creating money out of thin air, within reason,” he said. “From a user standpoint, the greatest attraction of such virtual currencies over real money is that they are available.”

Shop Until You Drop

Another benefit for Amazon will be something akin to the credit card effect. That is, consumers paying with plastic tend to spend more than they do when making purchases with cash. Virtual currencies, which seem even less like cash than credit cards do, will likely fuel consumer purchases even more, Paul Levinson, professor of communication and media studies at Fordham University, told the E-Commerce Times.

“Virtual money for use on Amazon’s Kindle Fire will make it easier for customers to shop there. Although the ultimate cost for customers will be the same, the process will feel less expensive with virtual cash and will even be fun,” he maintained.

“Those were some of the initial responses when PayPal launched years ago, he added. “The virtual currency will definitely give Amazon another edge over its competitors.”

Bumps in the Road

Of course, there will be challenges ahead for Amazon. While Facebook Credits has been a success, there are numerous examples of virtual currencies that have launched and then faded away.

Amazon is better positioned to implement a new currency than most of the companies that have attempted it in the past, Mimecast’s Borenstein pointed out — but there are still significant hurdles to clear, not the least of which are user acceptance and regulatory issues.

“One thing that’s not clear from the initial announcement is whether Amazon’s currency will be anonymous or traceable,” he said. “If it is anonymous, it is likely to be embraced enthusiastically by the hacker and activist communities, but also to be quietly killed by governmental and banking players.”

In short, there are reasons why so many companies, including Microsoft, have abandoned virtual currency initiatives, David Cadden, a professor in the entrepreneurship and strategy department of the School of Business at Quinnipiac University, told the E-Commerce Times.

“I believe Amazon is doing this to drive business to their Kindle. They have set up a nice program for app developers,” he said. “The logic appears to be to continue to treat the Kindle as a loss-leader in the hopes of making it the tablet of choice.”