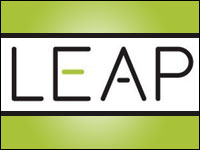 Leap Motion, which makes a 3D controller that can track movements smaller than the tip of a pin, on Wednesday announced that it has entered a limited exclusive agreement with Best Buy.

The deal will see Best Buy build endcaps in the 1,056 stores it has in the United States to display Leap’s controllers, as well as devices that run them and associated apps.

However, there are some doubts about the wisdom of the tie-in.

“That’s an odd combination,” Andrew Eisner, director of community and content at Retrevo, remarked. “I would’ve thought Leap Motion would’ve been acquired by somebody like Microsoft or Apple, not go into the consumer-facing business of selling mouse alternatives to the general public. It almost looks like Leap Motion couldn’t get Apple or Microsoft interested in buying them and now they’re making a play to the end user through Best Buy.”

The Leap Motion controller has a 150-degree field of view. It sense users’ individual hand and finger movements, and tracks all 10 fingers of a user’s hands at 250 frames a second. The technology can measure motion with an accuracy of a hundredth of a millimeter.

The controller gives users 8 cubic feet of interactive 3D space and works with both Macs and PCs. Leap earlier this month announced that its technology would be embedded in new devices from Asus.

Leap Motion suggests uses for the technology ranging from healthcare to art, engineering and gaming. For example, surgeons can control 3D medical data on screen with gestures.

“I think 90 percent of the Fortune 500 have contacted us to incorporate our technology into their business,” Miller said. “We’re working on deals with robotic surgery equipment makers, talking with defense contractors, we’ll be embedding Leap technology in laptops, smartphones and tablets, and we’re at the Detroit auto show today as part of an auto exhibit. We think the auto business will be good for us.”

Leap’s technology “is sensational, and would be the replacement for touchscreens, and an alternative to the mouse or touchpad,” Eisner told TechNewsWorld. “I’ve been following them for a long time.”

Like other brick-and-mortar electronic retailers, Best Buy has been reeling from the move by consumers to online purchasing. Its main rival, Circuit City, closed its doors in 2009, but Amazon and other online retailers picked up the slack, leaving Best Buy out in the cold.

Then, in April of last year, Best Buy CEO Brian Dunn resigned abruptly amid what the company described as a probe into his personal conduct, further rattling an already-shaky company.

Late last year, company founder and former CEO Richard Schulze began drawing up plans to buy back control of the company. The deadline for this was extended until February. Many observers saw Schulze as a white knight who might be able to save the foundering giant.

Best Buy was “pretty aggressive in efforts to recruit our product exclusively for the launch, and they came to us,” Miller said. “When they put their advertising and marketing muscle and Blue Shirt training behind our product, we think they’ll be able to tell our story in a good way.”

However, Leap Motion’s deal with Best Buy is for the U.S. market only, Miller said. “We are talking with Amazon and others as well.”

Further, Leap Motion is going to announce partners in Europe and Asia shortly.

“I understand Best Buy needs something to differentiate itself, but will people be breaking down the doors of its stores to grab those Leap Motion devices?” Eisner asked. “I’m not so sure.”