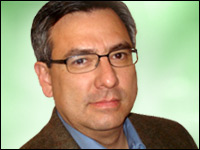 I hadn’t intended to write about Sirius XM so soon after last week’s column, but the satellite radio company’s financial woes were sending me a clear signal — one uninterrupted by tunnels, mountains, sunspots and more than US$3 billion in debt.

I mentioned Sirius XM last week in reference to Congress’ vote to delay the digital TV transition to June; another example of government laying its heavy hands on a hyped technological breakthrough that encountered problems upon arrival for consumers. The proposed merger of Sirius and XM sat in the FCC’s waiting room for more than a year before finally gaining its blessing. But IOU’s that both companies were forced to sign to land talent like Howard Stern and Martha Stewart, not to mention agreements with the NFL, Major League Baseball and NASCAR, are getting ready to come due, and the recession has siphoned the fuel out of the auto sales that account for most of the company’s growth thanks to installed radios.

The economic factors are causing enough static, but there is something to be said about properly educating your public about why they should part with their hard-earned money for satellite radio/digital radio/digital TV converter boxes.

Now we have The New York Times reporting that Sirius XM is asking for help in preparing bankruptcy proceedings. The newspaper’s Dealbook blog is also laying out the parameters of a possible showdown over Sirius between Echostar and Liberty Media.

Full disclosure time: I’ve been reporting on satellite radio since it became a top geek talking point at Consumer Electronics Shows of 2002 and 2003. I’ve had opportunities to quiz the previous CEOs of both XM and Sirius during their days of dueling over subscribers and automaker partnerships. And I became a customer of Sirius in 2005 and of XM in 2007.

I’ve reported on the promise and experienced the product.

I like satellite radio. I would like to see Sirius XM survive, which is why I have to interrupt this Valentine to bring you some breaking news: I believe news can help Sirius XM.

A Newsradio Marriage of Necessity

I can hear the chorus of “yeah, right’s” all the way up here in Seattle — which, now that you ask, has more than a few worthwhile radio stations, including KEXP, which has made quite a name for itself on the Web (more on that business model in a moment). But satellite radio continues to monopolize my car listening time as well as the computer in the home office. And believe me, I understand the skepticism regarding a deeper news focus for Sirius XM. Journalism’s current financial hole is just as deep and the handholds just as slippery as the one that satellite radio finds itself in at the moment.

Which means both entities need to consider every outside-the-box option available. It’s here you’ll want to cue up “Me and Bobby McGee” (maybe on XM’s “Classic Vinyl” channel) with its immortal refrain, “freedom’s just another word for nothin’ left to lose.”

Like some 20 million other subscribers, satellite radio got me because terrestrial radio chased me away. It was the chance at commercial-free, eclectic music bliss free of deejay jabber while driving to work or on long weekend getaways. My first Sirius presets reflected that newfound choice; Steve Van Zandt’s Underground Garage, Deep Tracks for classic rock’s b-sides, Ethel (or was it Fred?) for current or classic alternative/new wave. But being the unrepentant news junkie, I left plenty of room for the national and international news channels; most of cable news’ heavyweights were represented, along with National Public Radio, the BBC, World Radio Network, Canada’s CBC Radio One. And there was plenty of talk radio for those who missed their daily shouting matches. Most local news/talk stations are more talk than news anyway. With satellite, I could have the best of both studios.

I have no revenue breakouts to prove it, and the company doesn’t provide those details anyway, but I’m convinced that those news options helped bring in the money for Sirius XM as much as the promise of commercial-free music. Satellite radio was introduced to America shortly after Sept. 11, when interest in international news spiked and audiences began to fragment even more while heading to their red or blue corners.

Who knows if a Sirius XM buyout or bankruptcy will result in major programming changes. It’s been reported that they won’t, and you can’t sacrifice too many brand names and expect to keep your subscriber base. But licensing arrangements to rebroadcast cable news channels and syndicated talk show hosts can’t be cheap. Might it not be more cost-efficient for Sirius XM to build out some of its own news channels, replacing some of the less popular news/talk options and reap 100 percent of the accompanying ad revenue without having to share with the original content providers? (Satellite radio music channels may be commercial free, but its news/talk channels never were, and CEO Mel Karmazin eventually wants to have ads make up 10 percent of total revenue, as he told a Merrill Lynch conference last September).

Blame the POTUS channel on Sirius for sparking this proposal. Whenever I grew tired of the rhetoric on the different left/right talk channels during last year’s election season, and wanted more details than the horse-race coverage provided by the cable TV news channels’ audio feeds, I would end up on Sirius’ original political network. It had the balance I craved, emphasized light over heat, and hosts like Joe Mathieu always managed to land interviews with good journalists working in local markets.

Sirius has other homegrown news/talk channels like the award-winning OutQ, a gay/lesbian-themed offering, a talk show targeting young conservatives hosted by Andrew Wilkow. and Chris “Mad Dog” Russo getting mad about sports. Getting deeper into the news business shouldn’t seem like much of a stretch.

Speaking of local, terrestrial broadcasters have always trotted out the argument that allowing satellite radio to offer local programming is unfair, but Sirius XM has added traffic and weather channels for most major U.S. cities and the FCC has looked the other way because they are broadcast nationally. Now might be the time to clear the air forever regarding regulations and restrictions, so Sirius could attempt to put its own spin on regional newsgathering, with its opportunities for regional/national advertising.

Stop us if you’ve heard this one before when it comes to engaging regional/local audiences: The Internet can help. But so far the Web is not yet a potent weapon in Sirius XM’s arsenal. Blogs, forums and exclusive podcasts would help fill out the portfolio, harness the fan base and garner programming suggestions from the target audience. As of this writing, there is still an xmradio.com AND a sirius.com. I realize the management has had some other things on its mind lately, but if you are finally getting around to offering pricing packages for those who stuck with satellite radio from the beginning, then they should also have come with a Web strategy. After all, it should be clear by now that terrestrial radio isn’t the only competition for Sirius XM. iPods, iPhones and Internet radio have the cheaper options all locked up. That’s been a shame, because one of the reasons I chose Sirius over XM radio in 2005 was the ability to listen on my home computer. Sure, I was disappointed at the time to learn that the option only extended to music channels, not news talk. But it showed me at the time that satellite radio might just get this Internet thing.

Naturally, I have selfish motives for making these suggestions. I want to keep dialing up all my music and news presets. And I know too many freshly unemployed, experienced journalists who might be willing to work for lower pay for the chance to get in front of 20 million pairs of ears and build out what could be a major Internet destination. The budget and debt load challenge is staggering. But if Sirius XM can find a way to create more homegrown news channels, and provide compelling Web content, it might send the right signals to more customer and investors — not just starry-eyed tech columnists.