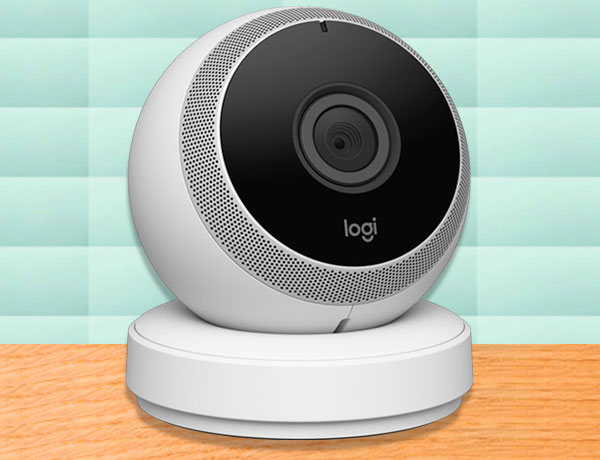 Logitech on Wednesday announced a new monitoring system that links users to live feeds of their homes via an app.

Called “Logi Circle,” it picks up Nest’s Dropcam model and expands it with mobility.

On one end of the system is the app, available for both Android and iOS, which lets consumers view high-definition camera feeds live.

On the other end is a portable camera, the size of a webcam, that can go up to three hours without an external power source. It’s a two-way camera that can stand in for a webcam or allow someone to shout directives to a rogue pet.

In the center of the Logi Circle system is Logitech’s cloud service, which supports the ability to rewind server-saved feeds as much as 24 hours, according to Engadget.

The US$200 Logi Circle camera will ship this month.

To enhance ease of access, Logitech has imparted the Circle with the power to sift through recordings via filters and display 30-second “day briefs” that time-lapse highlights of the past day.

The Circle’s Scene Intuition tech, which powers day briefs and filters, looks for habits at home. After learning a home’s routine, it can send alerts to mobile devices when specific events occur.

All of this can be done remotely from a smartphone, so concerns about the security of this system are natural.

Wireless video cameras have always been used for “voyeuristic snooping” to some degree, as well as for security, said Scott Borg, director of theU.S. Cyber Consequences Unit.

As a result, several products can sniff out the presence of wireless cameras, he told TechNewsWorld.

“The early wireless video systems were unencrypted and essentially wide open,” Borg said. “Anyone with a smattering of technical knowledge could steal the video feeds or upload bogus ones. Many of the newer video systems have made this much harder.”

However, locking down a video surveillance system isn’t enough to avoid many of today’s cyberthreats, he said. “Even if the video camera systems themselves have good security, the pictures they produce will still be accessible to anyone who can break into the user’s computer.”

An example of this occurred last fall, when a Russian websiteshared live streams of thousands of homes and businesses that didn’t protect their wireless camera systems properly.

Invasion of privacy isn’t the only concern webcams present.

Companies often are targets of IoT attacks, according to the FBI.

“Script kiddies can widely scan IP addresses across the Internet for various vulnerabilities,” he told TechNewsWorld. “The hacker may not know what they have or who they have actually infiltrated until after they find the security flaw. Once inside, crimes can range in size and scope, but typically leverage various types of personally identifiable information.”

About 60 percent of respondents to Kount’s mobile payments and fraud survey were uncertain if the growth of mobile fraud has been accelerating, keeping pace or moving slower than the movement of their overall transaction volume, he told TechNewsWorld.

“Furthermore, the number of merchants that consider managing the complexity of new payment types as the biggest obstacle to mobile adoption has more than doubled to 20 percent in 2014 from 8 percent in 2013,” Bush said.

The impact of fraud and other cybercrimes on businesses can be devastating for smaller organizations. Businesses that find themselves victimized by cybercrimes must adhere to myriad notification laws, said Donovan.

“Small-business owners should consult their privacy insurance carrier immediately to obtain legal advice regarding their breach response plan,” he said. “Notification, credit monitoring or other types of responses may be required of the business in a timely fashion.”