Look Before You Leap: A Consumer’s Guide to the Cloud 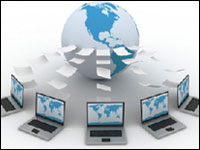 Amazon took things to the next level when it announced its entry Tuesday into cloud music storage with its Cloud Drive offering, in addition to two Cloud Player utilities — one for desktop Web browsers, one for Android. Amazon’s a well-known brand name that engenders a high amount of trust, and its entry into the consumer-focused cloud space might draw users who are less than totally tech-savvy.

Could tech newbies be at risk when they use a cloud-based service to store their files, photos and videos? Is their data secure? What protection do consumers have for their data?

Then there’s the question of access costs. Some carriers and ISPs impose data caps. Might that give consumers sticker shock when they unwittingly exceed those caps?

Cloud service vendors often boast how secure their back end servers are, but that doesn’t mean consumers should take their statements at face value. Privacy might not be such an issue in terms of one’s music collection (then again, maybe it could be). But services like Amazon’s also provide users with the ability to store much more sensitive personal information.

“Consumers need to research the security practices of the online services they want to use,” George Hamilton, a principal analyst at the Yankee Group, told TechNewsWorld.

Consumers should ask how data is secured when it’s stored, as well as how it’s secured when in transit, meaning when it’s being moved across networks, including the Internet; and whether the service provider provides encryption.

“A company that is sold has no interest in maintaining customers, which points to a substantial risk getting such services from companies that don’t have a strong financial record,” remarked Rob Enderle, principal analyst at the Enderle Group.

Go with big players such as Amazon “because they wouldn’t want to risk their reputation with buyers,” Enderle told TechNewsWorld.

Even that may not be a guarantee of safety. For example, a Google engineer was accused several months ago of using his credentials to access users’ accounts and looked into the information of four minors.

Many online storage providers state in their TOS that they can terminate your account if you don’t renew your subscription. Some also state that they’ll automatically delete your data once that happens.

For example, Carbonite’s TOS says the company may disable its products (which are loaded onto customers’ computers) when customers terminate or don’t renew their subscriptions, and that those customers don’t have the right to access or retrieve their backed-up data.

Carbonite’s TOS also requires customers to agree the company will automatically delete all their backed-up data when they terminate or don’t renew their subscriptions.

“Understand the TOS,” the Yankee Group’s Hamilton warns. “Understand how you get your data at the end of your service contract.”

It’s wise to also back up data elsewhere, either to a second cloud service provider or on a hard disk at home, Hamilton suggested.

Using two separate services can take up a nice chunk of change, and who can afford that these days? For example, Mozy’s home user plan is $6 a month, while Carbonite charges $55 a year and offers discounts for two- and three-year contracts.

What about the free online backup and storage many online services offer? Mozy offers 2GB of backup free while Carbonite offers a 15-day free trial.

“Free service is a marketing tool,” the Yankee Group’s Hamilton pointed out. “The business model is to get your data into the company’s cloud on a free trial and then convert you to a paid offering.”

Consumers who opt for a free online storage plan should also have a secondary backup copy somewhere else, Hamilton suggested.

Who Owns the Data?

Yet another issue that consumers will face is the question of ownership of the data.

Anything you store on Google’s servers is fair game for the Internet giant, according to its TOS.

The TOS states, essentially, that people who post, submit or display content on or through Google’s services, including Picasa, give the Internet giant a perpetual, irrevocable, worldwide, royalty-free and non-exclusive license to reproduce, adapt, modify, translate, publish, publicly perform, publicly display and distribute that content.

That means Google can use that content, including photos of you as a child, in any way it chooses and do anything it likes to that content.

“Google’s view of the world is that their stuff is theirs and your stuff is theirs,” Enderle stated. “It’s a model based on providing a free service that you really pay for by granting rights to your stuff,” he added.

“Be a smart consumer,” the Yankee Group’s Hamilton urged. “Always assume that any data you put in the cloud can be public.”

The big issue with online services such as the music locker service Amazon introduced Tuesday is that it may prove easy for especially heavy users to exceed data caps.

Overage charges can add up quickly, as media files such as music and videos are often very large.

Users of Amazon’s Android Player may want to check with their wireless service providers to find out just how much data they can stream to their phones per month before seeing overage charges.

Caps aren’t just a concern for mobile devices. AT&T plans to impose a cap of 150GB per month on users of its DSL home broadband service. Its U-Verse users will get a limit of 250 GB per month, which matches the cap Comcast has set on its own home broadband Internet customers.

What happens when those limits are exceeded depends on the ISP. Some charge more if more data is transfered; others may threaten habitual over-users with termination of services.

Hundreds of gigabytes per month may sound like a lot, but users who stream a great deal of media from storage lockers and also engage in a lot of other heavy data exchanges could come close to their monthly limits.

In fact, there’s some concern ISPs may one day roll out so-called metered services — charging consumers strictly by the gigabyte. If that happens, it could significantly change the game for cloud storage and streaming services.

“Consumers will eventually get hit with bandwidth charges, and carriers will have to charge more for heavy bandwidth users,” the Yankee Group’s Hamilton said.

“That’s the big issue with music locker services,” he added.