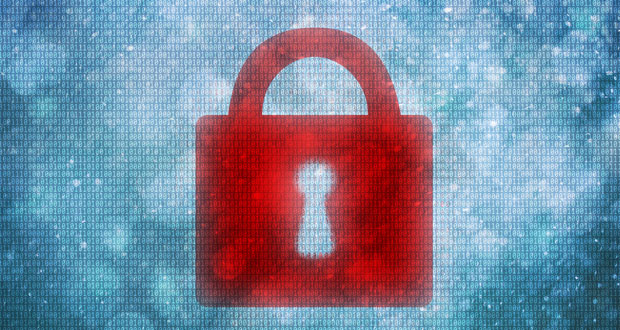 Google, Mozilla and Apple on Wednesday blocked a fake root certificate issued by Kazakhstan’s government to spy on its citizens’ online activities.

The government instructed citizens to install the certificate on all of their devices, and it provided separate instructions for Android, iOS, Chrome, Firefox, and Internet Explorer Web browsers, according to F5 Labs.

When those who installed the certificate attempt to access website using Chrome, Firefox or Safari, they now will see an error message stating that the “Qaznet Trust Network” certificate should not be trusted.

Google has added the certificate to CRLSet and will block it in other Chromium-based browsers, according to Andrew Whalley, Chrome Security.

“We believe this is the appropriate response because users in Kazakhstan are not being given a meaningful choice over whether to install the certificate and because this attack undermines the integrity of a critical network security mechanism,” said Mozilla Certification Authority Program Manager Wayne Thayer.

Apple reportedly also has taken action to ensure Safari does not trust the certificate.

Microsoft has not said anything publicly about the issue.

“The Certificate Authority in question is not a trusted CA in our Trusted Root Program,” a Microsoft spokesperson said in a statement provided to TechNewsWorld by company rep Katie Schick.

Microsoft “likely has a number of large contracts with the government, and they are typically far more exposed if a government wants to go after them, so they tend to be far more cautious,” suggested Rob Enderle, principal analyst at the Enderle Group.

Apple and Google do not have much of a presence in government, he told TechNewsWorld.

The fake certificate decrypts traffic and encrypts it with its own key before forwarding the traffic to its destination, Censored Planet found.

The aim was to protect Kazakhstan’s users from cyberthreats, according to government officials.

The fake certificate has to be installed manually because browsers do not trust it by default.

Censored Planet first observed the interception of online traffic through the certificate’s mechanism July 17 and began tracking it July 20. The interception was not continuous, starting and stopping several times.

If the response differs from a normal handshake response, the domain is marked as potentially censored.

At least 37 domains were affected:

Connections were intercepted only if they followed a network path that passed the interception system, Censored Planet found.

However, interception occurred regardless of the direction the connection took along the path. That allowed interception behavior to be triggered from outside Kazakhstan by making connections to TLS servers inside the country.

Censored Planet has two virtual private server (VPS) clients within Kazakhstan. They were able to access affected sites without any HTTPS interception, suggesting it was not universal.

Many clients do not receive the injected certificate even when connecting to domains known to be affected, the organization pointed out.

Certificates were found injected in about 1,600 of more than 6,700 TLS hosts accessed through one of Censored Planet’s VPS clients, and only 459 of the TLS hosts when accessed from the United States.

Kazakhstan’s government earlier this month said that a new security system being tested caused interruptions to Internet access for residents of the nation’s capital of Nur-Sultan.

One third of all traffic in the city was inspected, the government said, adding that the tests were complete and citizens who had installed the National Certificate could delete it. Citizens would have to install it again if required.

The path to all the 1,600 servers passed through AS 9198 — Kazakhtelecom, which holds a de facto monopoly on backbone infrastructure, and established Kazakhstan’s Internet Exchange Point — a peering center for domestic traffic, according to Freedom House.

If at First You Don’t Succeed

The Kazakhstan government first tried to launch a fake CA attack in 2015.

It applied to become a trusted Certificate Authority (CA) in the Mozilla program, but the request was denied because Mozilla had evidence the government planned to intercept traffic by forcing users to install the root certificate in the bug.

The latest attack used a different bug. Kazakhstan described the attack as a test of its cybersystems.

Mozilla blocked the Qaznet certificate because some users already had installed it, and because the organization considered it likely that the government might rely on it again in the future.

If the government switches to a new certificate, Mozilla promised to take similar action to protect the security and privacy of Firefox users.

They took that action in response to unauthorized credentials issued for Gmail and other Google domains.

However, Microsoft restricted itself to issuing a security update, and Apple did not take any action against CNNIC.