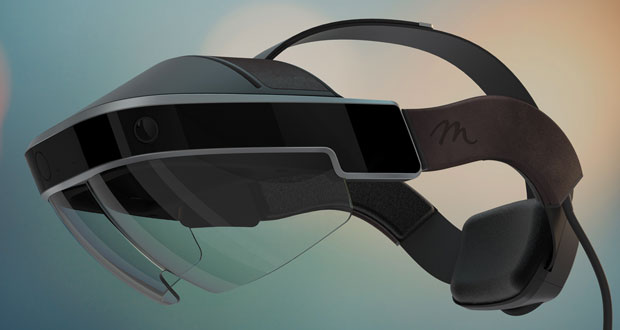 Meta on Wednesday began taking preorders for its Meta 2 augmented reality headset, and announced it would begin shipping the US$949 product in the third quarter of this year.

Meta has been working on an experience that blends “the art of user interface design with the science of the brain,” CEO Meron Gribetz said during a session at last month’s TED2016.

Starting this fall, developers will finally get an opportunity to “make their augmented reality dreams come true,” promised Ryan M. Pamplin, VP of sales and partnerships at Meta.

“After a few moments with the glasses on, you forget about the glasses, and the digital and physical worlds become wonderfully intertwined,” he told TechNewsWorld.

Meta 2 is about smashing through the confines of both the rectangles that sit on desks and the ones that slot in and out of pockets, Pamplin said.

For the last three decades, it’s been necessary to endure design compromises in order to force complex interfaces into 2D displays — and we’ve had to learn to use them, Pamplin pointed out.

“Meta is focused on turning the whole world into your desktop background, and making a truly natural machine with no learning curve that perfectly extends and complements the human experience,” he said.

The Meta 2 headset is “the most important product since the original Mac,” proclaimed futurist Robert Scoble.

It is better than Hololens in some respects, he told TechNewsWorld. Meta 2 “sees fingers more accurately and has wider viewing angle.”

Meta wants to build natural machines that feel like an extension of the brain. That design philosophy is evident both in its hardware and software.

The head-mounted display has a pixel count of 2560 x 1440. Its 90-degree field of view provides an unrestricted view of the wearer’s environment.

On the software side, Meta 2 and its Unity engine infrastructure deliver a made-for-hands experience.

Wearers can rely solely on their hands to engage with holographic object, though Meta 2 also supports keyboards and mice. The Meta 2’s 720p camera and an array of sensors enable the HMD to track hands and recognize gestures.

It has four near-ear speakers, and controls for volume and brightness. A braid of cables can tether Meta 2 to HDMI, data storage and power connections.

Of Apps and Applications

Meta is only a few years away from shipping a consumer version of Meta, according to Pamplin.

If all goes as planned, the fall release of the development kit will facilitate the ecosystem that could birth apps of both the killer and must-have varieties.

“The developers who join the Meta development community today are creating the experiences for the consumers of tomorrow,” Pamplin said. “We can hardly wait to see what all of the developers create with Meta 2!”

While full-fat virtual reality is virtually here, the power players in the augmented reality space are all a few years out from delivering on the brand of mixed realism the movies have long depicted.

Microsoft, with its HoloLens, and Google-backed Magic Leap appear to be progressing toward launches that would align with a consumer version of Meta’s HMD.

Augmented reality is the next bit thing, said Lindsay Boyajian, spokesperson for Augment.

Several heavy hitters put their weight behind AR and VR technologies last year, she pointed out.

“There is tremendous momentum going into this year,” Boyajian told TechNewsWorld.

It’s not hard to imagine how augmented reality could lift the face of gaming and entertainment, but it also could improve the way the world works.

“We see a tremendous opportunity for augmented reality as an enterprise solution,” Boyajian said. “From product design to sales to marketing, augmented reality is being leveraged throughout business operations.”

Augment’s own platform has been proving itself to be “a powerful digital sales aid,” she said.

“Sales teams can go into their client’s environments with only a tablet or smartphone and show them exactly what their products will look like in the real-world environment,” said Boyajian. “Their is no need for physical mockups or 2D photo mockups. This removes the guesswork in the sales process.”

That’s just one use case for a technology that is just coming of age.

“Enterprises are finding value in the technology and are more ready than ever to integrate it into their business operations,” Boyajian said. “As the hardware and mobile horsepower evolve in the coming months, the integration and proliferation of augmented reality will continue.”