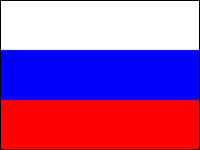 Microsoft may find itself at odds with the Russian government after creating a new license permitting free use of its software by certain nonprofit organizations and small newspapers in more than 30 countries around the world. Plans for this new license were revealed Monday in a blog post authored by Microsoft General Counsel Brad Smith.

Microsoft’s move was in response to an article in the Sunday New York Times, Smith acknowledged in the post. The Times piece details incidents in which Russian government officials seized computers from the offices of opposition activist groups and small newspapers, after accusing them of possessing pirated copies of Microsoft software.

Microsoft has a longstanding policy of donating software to nonprofit groups — known as non-governmental organizations, or NGOs — but this new program gives such organizations the blanket right to use any Microsoft software loaded on computers they purchase. It also applies retroactively to software on any computers these organizations currently own, even if there’s no way of proving that the software was purchased legally.

Russian lawyers representing Microsoft had supported the government’s efforts in seizing computers, The New York Times reported, and Smith admitted that may have been the case.

“Whatever the circumstances of the particular cases The New York Times described, we want to be clear that we unequivocally abhor any attempt to leverage intellectual property rights to stifle political advocacy or pursue improper personal gain,” Smith wrote. “We are moving swiftly to seek to remove any incentive or ability to engage in such behavior.”

While the Russian government has yet to respond to Microsoft’s new licensing policy, human rights groups are applauding it.

“We had been having conversations with Microsoft about this very issue for several months, and we welcome this response,” Tad Stahnke, director of policy and programs with Human Rights First, told the E-Commerce Times. “We had tried to connect senior Microsoft executives with human rights activists in Russia. Our goal was to get Microsoft to intervene in a number of high-profile cases in which dissidents had been arrested for alleged software piracy, and more importantly, we wanted to encourage Microsoft to find ways to stop its software from being used as a means of prosecuting these cases.”

Human Rights First also is pleased that the new licensing agreement covers other countries in which “oppressive governments” also might use antipiracy laws as a means of quashing dissent, Stahnke said.

Now that Microsoft has acted, Human Rights First will continue its efforts to get senior Microsoft executives from the U.S. directly engaged with Russian activists, Stahnke added. “They need to do that in order to strengthen oversight over the Russian representatives. Microsoft executives at headquarters need to be making decisions over the actions the company is taking in Russia.”

This story is big news now, but it’s not likely to have a major impact on Microsoft’s business in Russia or elsewhere in the world, suggested Alan Webber, a partner with the Altimeter Group.

“There are a number of things the Russian government could do to Microsoft,” Webber told the E-Commerce Times. “It could change the tax structure for Microsoft; it could change its requirements for having a business license in the country — but I don’t foresee that happening. And because Microsoft has such a large share of the Russian software market, it’s unlikely that much can be done to harm its business. Over time, this is likely to blow over.”

So Google Thinks It Can Dance With the Devil?