Microsoft, OpenAI Shoot for the Stars 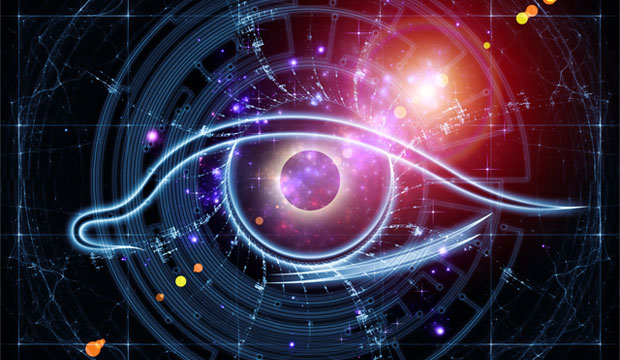 Microsoft on Monday announced a US$1B investment through a partnership with OpenAI to build new AI technologies. The two companies hope to extend Microsoft Azure’s capabilities in large-scale AI systems.

Microsoft and OpenAI want to accelerate breakthroughs in AI and power OpenAI’s efforts to create artificial general intelligence. The resulting enhancements to Microsoft’s Azure platform will help developers build the next generation of AI applications.

The partnership was motivated in part by OpenAI’s pursuit of enormous computational power. Based on a recently released analysis, the amount of compute used in the largest AI training runs grew by more than 300,000 times from 2012 to 2018, with a 3.5-month doubling time, far exceeding the pace of Moore’s Law, according to OpenAI cofounder Greg Brockman.

“We chose Microsoft as our cloud partner because we’re excited about Azure’s supercomputing roadmap. We believe we can work with Microsoft to develop a hardware and software platform within Microsoft Azure which will scale to AGI,” he told TechNewsWorld.

“The partnership will allow OpenAI to significantly increase the amount of compute it uses for training neural networks,” he noted.

Microsoft and OpenAI also are very aligned in their values, Brockman said. Both firms believe the technology should be used to empower everyone, and be deployed in a trustworthy way that is safe and secure.

“OpenAI believes they can work with Microsoft to develop hardware and software platform within Microsoft Azure which will scale to AGI,” a Microsoft spokesperson said in comments provided to TechNewsWorld by company rep Joel Gunderson.

What the Deal Delivers

Microsoft and OpenAI will collaborate on new Azure AI supercomputing technologies. OpenAI will port its services to run on Microsoft Azure.

OpenAI will use the Azure platform to create new AI technologies. OpenAI will license some of its technologies to Microsoft, which will commercialize them and sell them to as-yet-unnamed partners. It’s hoped that the result will deliver on the promise of artificial general intelligence.

Both companies will focus on building a computational platform of unprecedented scale on the Azure cloud platform. They will train and run increasingly advanced AI models, including hardware technologies that build on Microsoft’s supercomputing technology.

The development teams will adhere to the companies’ shared principles concerning ethics and trust. This focus will create the foundation for advancements in AI to be implemented in a safe, secure and trustworthy way, and it is a critical reason the companies chose to partner.

AGI a Work in Progress

Innovative applications of deep neural networks coupled with increasing computational power have led to AI breakthroughs over the past decade. That progress occurred in areas such as vision, speech, language processing, translation, robotic control and even gaming, according to Microsoft.

Modern AI systems work well for the specific problems they have been trained to address. However, building systems that can tackle some of the biggest challenges facing the world today requires generalization and deep mastery of multiple AI technologies.

OpenAI and Microsoft’s vision is for artificial general intelligence to work with people to help solve currently intractable multidisciplinary problems, including global challenges such as climate change, personalized healthcare and education.

“This is truly going to help Microsoft. It has more technology in its marketplace to allow the rapid ascension of tools in the business workplace,” noted Chris Carter, CEO of Approyo.

Combining these two entities to support the growth that is needed is “an absolute game-changer,” he told TechNewsWorld.

“We plan to keep doing this until we reach AGI,” he said.

The resulting enhancements to the Azure platform will help developers build the next generation of AI applications.

“The creation of AGI will be the most important technological development in human history, with the potential to shape the trajectory of humanity,” said Sam Altman, CEO of OpenAI.

It must be deployed “safely and securely with its economic benefits widely distributed,” he added.

“AI is one of the most transformative technologies of our time,” noted Microsoft’s CEO, Satya Nadella, with the “potential to help solve many of our world’s most pressing challenges.”

The most likely results of this partnership are that AI technology will grow faster and be utilized in more enterprise and business spaces. This partnership will enable the rapid indoctrination of AI technologies in the workplace, according to Approyo’s Carter.

“This will allow businesses to flourish. Individual workers will boost their productivity. They will also be able to support themselves on a day-to-day basis with technology rather than to be hindered by it,” he explained.

The partnership could hinder development of Cloud AI technologies, though, because Microsoft is prioritizing OpenAI over other emerging AI technologies that might be better, suggested Marty Puranik, CEO of Atlantic.Net.

If the AI technologies are kept proprietary or work best only on Microsoft Azure, it will lead to Azure platform lock-in, he said.

“Many developers may develop services that use this technology, thereby forcing all their customers to use Microsoft. Microsoft historically has a huge advantage when it comes to enterprise development work, so this could be seen as a way they are trying to cement the position they had in enterprise software into the cloud,” he told TechNewsWorld.

It boils down to Microsoft trying to leverage new technologies, like AI, to be a leader in the cloud, Purani, maintained, similar to when Microsoft would make minority investments and take seats on the boards of hot companies a long time ago.

Ultimately, from Microsoft’s point of view, it would be ideal to have extensions for OpenAI that either would be exclusive or work best on Microsoft’s platform, similar to the “embrace and extend” ideas once applied to APIs, said Puranik.

Microsoft is all about collaboration and open source since Satya Nadella took the reins. He recognizes that AI is the latest and greatest arms race, observed Rob Enderle, principal analyst at the Enderle Group.

“As a result, they are embracing Open AI to increase the speed of development for their projects largely with an IT focus,” he told TechNewsWorld.

Both partners in this deal can learn and benefit from this effort, which is collaborative by design. Participating allows not only earlier access to the result but also a deeper understanding of it, Enderle said.

A Large Promise to Fulfill

In promising to deliver on artificial general intelligence’s potential, the two companies are not dreaming small, noted Arle Lommel, senior analyst for CSA Research, but that dream may be a reach too far.

“They intend to solve something that nobody has solved yet and that we aren’t remotely close to solving today,” he told TechNewsWorld, “but beyond that, accomplishing that will mean ‘solving’ language as well.”

That means having computers really understand language and use it on par with humans. Despite press release claims about getting near-human quality, that goal is as far beyond present capabilities as a moon landing is beyond a Roman chariot, Lommel quipped.

“That said, I suspect they will get much further along with machine vision, categorization, diagnostics, etc.,” he said. “In other words, I expect this could result in improved versions of what AI already does well. But unless there is some fundamentally different secret sauce, I don’t expect that it will ‘solve’ language and human intelligence.”