Microsoft to Give Phablets a Chance 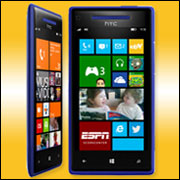 Microsoft on Monday announced its third update to Windows Phone 8.

It will support bigger, higher-resolution screens, paving the way for WinPho 8 devices with 5- and 6-inch 1080p HD touchscreens that will have six Live Tiles across instead of four.

There will also be a host of new features.

Simultaneously, Microsoft has launched the Windows Phone Preview for developers.

What the WinPho8 Update Adds

Built-in apps and Hubs for email, photos and people, as well as music and videos will be scaled up to leverage the larger screen.

WinPho 8 GDR 3 will support the Qualcomm Snapdragon 800 processor, following in the footsteps of Samsung and LG, which are using it in their latest flagship Android smartphones.

Microsoft has added Driving Mode, which will silence the phone and send out automatic responses to messages to reduce distraction when a user is driving. This comes two years after T-Mobile launched its Drive Smart app on Android smartphones.

Other new features include screen rotation lock, better storage management, WiFi access out of the box, and improved connections for Bluetooth accessories.

Reaching Out to Devs

Windows Phone Preview for Developers, launched Monday, will give devs early access to WinPho updates so they can verify their apps work with them.

Microsoft “certainly continues to pursue developers to create and publish Windows Phone apps,” Sanfilippo said. The program “will get developers early access to the OS update, which will help them ensure existing apps work with the update and create new apps that take advantage of the latest features.”

Reactions to Microsoft’s blog post about WinPho8 GDR3 were mixed.

Although the release garnered some praise, one commenter signed in as “jhp2025” claimed to have bought a pair of Windows Phones and given them away, saying Android offered more freedom.

A number of questions were raised: when VPN support would be included; why WiFi WPS was not included; whether the Facebook-chat bug would be fixed in GDR3. The lack of Xbox movies drew complaints.

Commenter “slaythoven” pointed out that Windows Phone 7 Build 7003 had orientation lock, which is in WinPho 8 GDR3, and asked why Microsoft had removed it.

Microsoft announced a Windows Phone Enterprise pack earlier this year that is expected to be available in early 2014 and is supposed to enable VPN support, Directions on Microsoft’s Sanfilippo said.

“Windows 8.1 offers new VPN features, so it’s clear that Microsoft has been giving attention to VPNs to ensure its products work well for users that need to connect to work environments,” he added.

Microsoft probably delayed moving to the Snapdragon 800 because “end customers are mostly unaware of the processors in their devices so it’s not a big marketing payoff,” explained Sanfilippo.

“This might be more of a push for Nokia than it is for Microsoft,” he speculated. “I hear Nokia is working on a phablet.”

The phablet market is “continuing to grow at a very strong rate,” Morgan said. “Phablets are higher price-point items, and Microsoft won’t have to worry about finding the low end, which it can’t play at.”