The woman who can feel roughness or smoothness in her artificial hands for the first time in years; the child whose artificial leg lengthens as he grows; the previously armless man who can reach into a cabinet above his head to prepare dinner; machines that will some day register sensations in much the same way that people can — thanks to research that will culminate this year in a major set of new designs, procedures and prototypes for artificial limbs, some of these miracles might eventually become commonplace, perhaps in another generation.

However, the most important advances of the program just might be the lessons learned and the infrastructure laid down in figuring out how to focus the skills of thousands of researchers — working on everything from nerve chemistry to software engineering — on one single goal: Build a working, lifelike arm that users can control to do everything from picking up a piece of paper to drinking a toast with a delicate crystal glass.

DARPA will soon have a set of 2009 prototypes fueled by years of research spanning chemistry, biology, computer science, cognition, engineering and physics. Dean Kamen, of Segway fame, has lumped some of this technology together into the optimistically named “Luke Arm,” a reference to “Star Wars” character Luke Skywalker’s artificial limb, which Kamen’s company eventually wants to bring to market.

While most researchers say that a true production version of the “Luke Arm” is many years away, the advances fueled by the project are promising not only to revolutionize prosthetics, but to enhance medicine and electronics in many new ways.

Central to many of the problems involved in prosthetics is the bioelectronic interface, where nerves and muscle must establish connections with silicon and metal. Researchers eventually want to be able to send signals back and forth between brain and prosthesis, prompting advances in “targeted muscle reinnervation,” a surgical technique that transfers patients’ working nerves to alternative muscle sites, where they produce myoelectrical signals — basically, muscle electronics — that can be measured and used to communicate with prosthetics.

Pioneered by a team led by Todd Kuiken, a doctor working at the Rehabilitation Institute of Chicago’s Neural Engineering Center for Artificial Limbs, the technique is now available to the public. Scientists hope to use the resulting signals to control prosthetic arms, giving researchers hope that eventually, the technique can be generalized and customized enough to provide support for commercially viable artificial limbs.

“There’s been so much work in implanted myoelectric signals for prosthetics,” says Gerald Loeb, professor of biomedical engineering at the University of Southern California. “It has really brought together a lot of people who were working in separate areas,” he told TechNewsWorld.

However, despite wondrous advances, most researchers say that the current state of the art is as far from the idealized concept of the “Luke Arm” as the Wright Brothers’ first flights at Kitty Hawk are from today’s commercial aviation. “We’ve had a great deal of experience with reinnervation — more than 30 procedures where people have been fitted with limbs and virtual systems,” said Stuart Harshbarger, biomedicine team leader at Johns Hopkins University’s Applied Physics Laboratory and project manager for DARPA’s prosthetic push.

“But we’re just starting to get substantial field data about how these limbs work, so we can adjust and improve them with better feedback,” he told TechNewsWorld. “And in the real world,” he said, “every prosthetic and every patient is unique, so that data is really important if we’re going to find solutions that are customizable for each person’s situation.”

Blurring the Lines Between Circuitry and Humanity

Of course, one way to deal with the interface between biological systems and electronics is to blur the distinction by making the electronic circuitry “more biological.” That’s the focus of a Lawrence Livermore National Laboratory project that might eventually have an impact on prosthetics.

“The problem we have to solve is that the biological interface is chemical, and the prosthetic is electro-mechanical and relies on fields and currents,” University of California Merced Associate Professor of Biochemistry and LLNL Staff Scientist Aleksandr Noy told TechNewsWorld. “We can do some translation between them now, but if the prosthetic could sense an actual chemical release — the signal itself — it would be much better and more precise,” he said.

Noy’s work involves sealing arrays of silicon nanowire transistors within fatty membrane molecules. Using the same fatty membranes that nature uses to encase cells, Noy’s technique encases the silicon-based electronics, raising the possibility that eventually, such nanowires might be used to communicate with living tissue. Already, they are more compatible with the body’s natural systems than the silicon nanowires themselves, which change their electrical properties if left unprotected and exposed to the body’s natural acidic and basic material.

Though excited about the technology’s possibilities, Noy remains cautious about predictions that his research will be incorporated into working prosthetics anytime soon. “There’s still a lot of work that needs to be done,” he said. “We still have to make [the technology] compatible with implantation in the body, and we have to make it smaller.” Also, he added, “the chemicals that the body uses [to create, transmit and receive signals] have a short life, especially in the body, so our solutions have to get more stable before they could ever be used medically.”

In the near term, probably of the biggest areas for more prosthetic research is in extending the small amount of feedback for a few sources of signals that can be collected and processed today — roughness, temperature and pressure — to deal with the full range of many types of information.

“We really hope that some of the sensory research on feedback to the peripheral nerves will mature to where we can take much more information from artificial hands,” Harshbarger said. “There are at least 80 different types of information coming from the human hand, and we can now begin to handle just a few of them. When we can handle a more complete set of inputs, just think how drastically this will change how people accept and think of their limb integrations.”

In the end, the success of DARPA’s efforts might depend more on innovations in business models and open software engineering than in pure medical research. 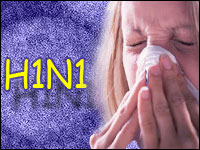