Necessity May Give Us a Virtual Court System 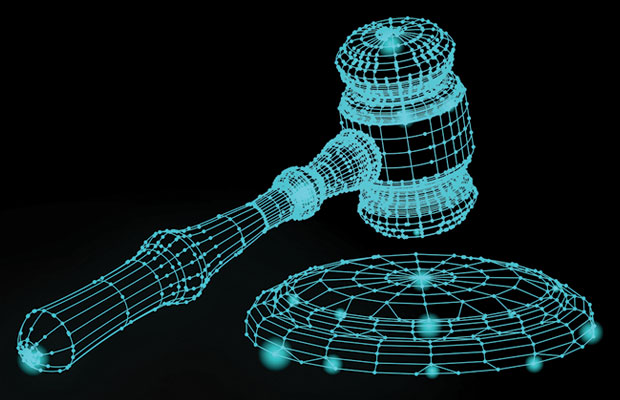 One of the exciting things that came out of Microsoft Build during the analyst preview was that the company has been working to create virtual court solutions. I spend a surprisingly large amount of time following court cases and sitting in courtrooms. If done right, a virtual system could fix a lot of court-related problems.

It would allow judges to work around their schedules better and give attorneys improved access to online resources. It also might provide a way for jurors to improve their understanding by permitting them to do some research, although this could be especially problematic.

I’ll share some thoughts on virtual courtrooms and then close with my product of the week: a set of new earbuds from Microsoft that are so amazing they’ve changed my view on earbuds. Before now I’ve hated the things.

People think courtrooms are about justice, and they aren’t really. The court is more like theater in that two sides come in and tell their versions of some event, and a judge or jury then picks the most compelling presentation. The best attorneys aren’t the best truth-tellers. They are the best actors and manipulators. They are the ones who are most effective at convincing a jury, regardless of the evidence, that they are right.

Judges are overworked and often have a hard time following trials. Jurors not only are massively underpaid, but also generally not trained to decide cases, particularly technical civil cases. The result tends to be based more on a combination of luck, funding and acting skills than on the facts of the case.

Public defenders and prosecutors often are significantly outmatched by better-funded opponents, but the winning side often discovers the meaning of the term “Pyrrhic victory” the hard way. In contrast, those on the losing side often rightly feel they were screwed by the process.

Saying there is room for improvement would be a massive understatement, and a joint effort by Microsoft and Accenture to come up with workarounds during the COVID-19 pandemic could provide a unique way to improve one of the most unfair processes I’ve ever seen. (I was mentored by a judge for a time because I’d wanted to become one, but the more I understood about the process, the less attractive that path became.)

While some AI efforts are designed to replace people — autonomous vehicles are a case in point — much of the current work is to use AIs to help people make both better and more timely decisions. The role of judge or juror requires not only balancing a large variety of distractions, but also making sense out of ever more massive piles of evidence.

An AI tool not only could help an attorney better prepare a case, but also could help a judge or juror — mainly if the attorney lacked the skills, time or resources — to better decide a case by automatically reorganizing the evidence optimally. It immediately could flag statements that weren’t supported by evidence or weren’t relevant to the case, or point to relevant evidence that might have been forgotten or left out of summations.

The AI could point out relevant case law for both sides. It also could help the judge to confirm the relevance of the case based on time, by providing information on any newer cases that might have concluded with a different outcome. An AI could rank the relevance of conflicting cases so the judge could determine more easily which case should be given most weight in a ruling.

It strikes me that most of the trials could be done in writing. The AI then could organize both sides’ information, highlighting a series of areas where the court would need more information, and cutting down dramatically the time required to present the case as well as to render a decision.

If you agree with me that the evidence should be the predominant driver of the decision — not the acting or presentation capabilities of the attorneys — then an AI could be a considerable leveler. Used early, it could help a plaintiff or defendant take a more reasonable path to settlement by making accurate assessments of each side’s chances. In many cases, it might prevent a lawsuit in the first place.

An AI could highlight trends if judges’ rulings appeared consistently in error, or if there were signs of judicial misbehavior. It could point to records indicating a pattern of attorneys consistently acting in bad faith.

Due to COVID-19 social distancing guidelines, even going to court is problematic, but prior to the pandemic it often was difficult for people who needed to attend (defendants, plaintiffs and jurors) because they had jobs, or there were loved ones or pets at home who also needed care.

Allowing participants to attend remotely could broaden the jury pool for high-profile cases to remote areas where potential jurors might not be contaminated by the news, or might have the time to attend but not be able to travel. Those jurors would be able to balance personal needs with court duties.

It would even be possible to create statewide or national pools of judges and juries to balance workloads better, and match people who had the time to areas that were under-resourced. It could help clear some of the massive court backlogs.

When cases go badly, the result can put jurors, judges and attorneys at risk. With remote attendance it might be possible to allow participants to be anonymous, making it far harder for a disgruntled defendant or plaintiff to retaliate.

The need for a courthouse could be eliminated, along with the costs associated with buying, maintaining and securing it. It still would be necessary to secure the related data, so some kind of IT department would be needed.

Written proceedings would mean tons of court time no longer would needed, which could reduce the cost of a trial massively, making it a far more available process for those who lack the resources to pay for the process today. This change potentially would reduce some people’s temptation to take the law into their own hands, as well as potentially reduce the inequality of taking on a better-funded opponent.

I expect Microsoft and Accenture mostly will focus on the remote aspects of this solution to deal with the need to protect participants from infection.

However, a ton of technical advances could be applied to improve the quality of a trial, vastly help the judge or jury reach the decision best supported by the evidence, while lowering the cost of the trial and helping to prevent pointless litigation.

The result could make being an attorney, and particularly a judge, far less clerical, boring and work-intensive, and far more exciting and fun. This effort might be just one of the positive outcomes from being forced to view things differently. COVID-19 may be demonstrating, once again, that it pays to look for the silver lining.

I’m not a fan of earbuds in general, and I hate the Apple AirPods. I even think the name is stupid. If you didn’t know what they were you couldn’t tell from the title. Is it an iPod that floats in the air?

They are particularly surprising coming from a company otherwise known for design excellence. They easily fall out of ears and simply don’t work with the human body. Comedian Conan O’Brien’s video is on point as it implies that Apple designed them to fall out so you’d have to buy new ones, doing wonders for Apple’s revenue, and likely helping fund your veterinarian as well.

I’ve had a lot of earbuds over the years. Generally they lack a low end, and they tend to fall out of your ears and get lost easily. A good set of headphones not only is often cheaper but also works better.

However, the Microsoft Surface Earbuds have turned me into a convert. 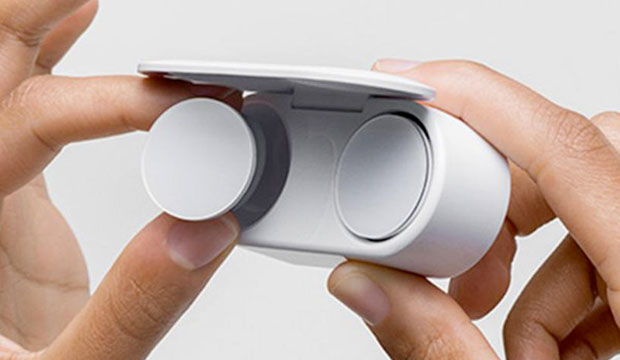 The sound depth is impressive, and they seem to stick in my ears just fine. As with my better earphones, I can control my music or answer phone calls by tapping them.

I do think that if Microsoft provided accessories that made the circular control areas look more like jewelry they would sell better, because the Surface Earbuds are less attractive than they could be. Still, I also think that even without fashion interest, they look better than those damn AirPods.

My wife, who is a big Apple fan, even asked me to get her a set. She has lost her AirPods several times, so this showcases that even a dedicated Apple fan can be made to switch. Anything good enough to get me to reconsider an entire hated category is an obvious winner, so the Microsoft Surface Earbuds are my product of the week.