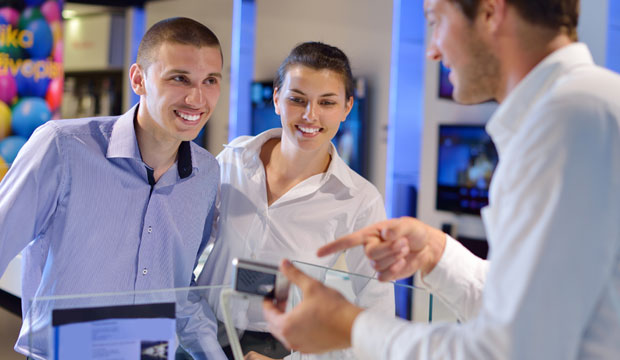 NetSuite announced results of its sponsored study at this week’s National Retail Federation show in New York, shedding light on technology adoption in a retail setting. The study suggests that merchants are not doing what customers would want and that they have a misguided perception of the situation. Confusion abounds.

Some of the findings indicate that merchants may have gotten things very wrong. From the report, for example:

That’s enough. There’s more, and you access the report here.

Now let’s try to assess this.

You can draw some quick conclusions that scream validity — namely, that for many if not most people, the retail experience is less than positive. Other data says so.

“More than half (58 percent) of consumers are uncomfortable with the way stores use technology to improve personalization in their shopping experience and almost half (45 percent) reported negative emotions when they receive personalized offers online. The majority of consumers (53 percent) felt negative emotions the last time they visited a store; only 39 percent feel confident in retail stores today.”

There’s so much “wrong” documented about the retail experience in this survey that it makes you question the results. In other words, how can so much be so wrong with the experience we’ve all relied on for so long? Going to a store and buying things is not a foreign concept, after all.

I suspect that the answer is rooted in the preference many people have for being left alone in an online shopping experience. What the data tells me is that people, especially younger people, have become inured to and even enamored with the online experience. It’s hard to beat searching online and saying yes, at least until you discover that the item you got in the mail doesn’t fit.

The data also suggest that the technology takeover of the retail world is still in its infancy. People and organizations are trying things with good intent and stubbing their toes or even walking into walls. All of this suggests opportunity.

This data clearly shows that personalization is a hard thing to get right — but maybe we’re trying too hard.

A few years ago, an article in Harvard Business Review, “Stop Trying to Delight Your Customers,” by Matthew Dixon, Karen Freeman, and Nicolas Toman, said, “[customer] loyalty has a lot more to do with how well companies deliver on their basic, even plain-vanilla promises than on how dazzling the service experience might be.”

Quite right. Attempting to dazzle with service people or bots can backfire.

The insight from that article was that customers don’t want their time wasted by extraneous things implemented by vendors to create what the vendor thought was an ideal customer experience.

The Netsuite report seems to be coming from that direction, and that’s good news of a sort. It means that technology isn’t the enemy, but it has to be tuned to the individual and to the moment, and it’s not clear that’s happening yet.

It’s notable that this survey doesn’t focus on customer data acquisition and machine learning, because those two aspects could be responsible for getting the interaction right.