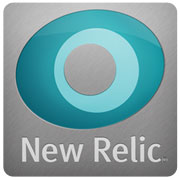 To be launched next year, Rubicon will be built on the world’s largest Big Data database, according to the company, and deliver real-time business insights, as well as performance visibility, dynamic visualization, and answers to application queries in real time.

“This isn’t analyzing consumer data, sales data or anything like that — it’s just analyzing how an IT system is running in terms of resources and data it’s using,” he pointed out.

“It’s some creative writing on their part,” McGregor continued. “I especially like the bit about the world’s largest Big Data database. How do you quantify that?”

A New Relic spokesperson was not immediately available to comment for this story.

“New Relic is saying it has a software package called ‘Rubicon’ that is better at managing IT resources used around an application, the data and everything else,” McGregor remarked. “This is definitely important, especially as you’re trying to use virtualization techniques and everything else to maximize the use of IT resources.”

However, “you can’t just put this into the Big Data analytics category of ‘We’re analyzing the world,'” McGregor contended. “This is analyzing IT — and it’s for the IT resources department, or a service provider providing data applications, or whatever.”

New Relic also announced extended capabilities for New Relic for Mobile Apps, which it characterized as the first and only end-to-end mobile app monitoring solution that analyzes performance data all the way from the device level to back-end services.

That mobile solution was unveiled in April, and includes Sony among its customers.

One new feature introduced for the mobile application is user interaction traces, which monitors the sequence of events and identifies poor code paths, getting traces for different activities such as screen loading in a series timeline broken down by time spent at each stage.

Another is on-device metrics. This provides insight into device level data ranging from database, CPU and memory usage to user interface performance.

The extended version of New Relic for Mobile Apps will be available for iOS and Android applications in Q4.

Node.js is a software platform used to build scalable network apps, particularly on the server side. It uses JavaScript and contains a built-in HTTP server library, giving users more control over how the Web server works.

The service lets users view the overall health of applications from an aggregate response time dashboard and drill down into code-level data. It has a customized agent with advanced capabilities such as end-to-end transaction traces, alerts and notifications, application maps, code-level diagnostics and error tracking.

The agent supports the Express 2/3, Restify and Connect frameworks for Node.js. It also supports MongoDB, MySQL, Redis and Memcached.

The agent makes New Relic the only SaaS solution with a single, integrated view alongside Web and mobile application monitoring for five languages, server monitoring and plugins, the company claimed.

Other companies appear to be planning or attempting similar projects to collect data spanning multiple platforms and operating systems and thousands of apps, King said, but “the main selling point for New Relic seems to be the ability to deliver rapid analytics results, allowing developers to institute solutions before problems broadly impact customers.”

In a market where customers can and do quickly discard old apps for new ones, King observed, the ability to do this “is fairly crucial.”